India's Test specialist Cheteshwar Pujara recently opened up on the toughest phase of his career, how he stays in a positive mindset and handles pressure. 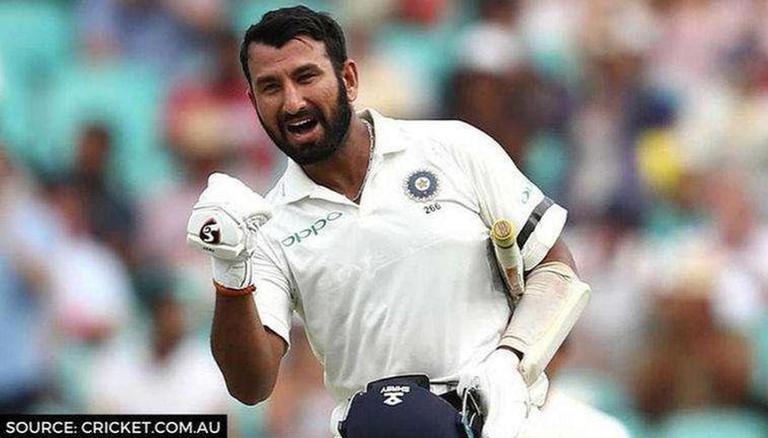 Cheteshwar Pujara has been the pillar of India's batting in Test cricket for almost a decade. The right-hander has churned out runs consistently and has been instrumental in India's unparalleled success in the traditional format of the game. Pujara successfully managed to fill the void that that was left after Rahul Dravid's retirement.

Cheteshwar Pujara opens up on his cricketing journey

However, Pujara has had a lot of ups and downs in his career. Recently, the Saurashtra lad opened up on the toughest phase of his career, how he stays in a positive mindset and handles pressure. In an interview on Mind Matters, an initiative by Future Generali - General Insurance, Pujara revealed that the toughest time of his cricketing career was when he had had to make a comeback after his first injury. He added that the moment their team physio told him that his recovery will take around six months he was upset and started crying.

Pujara said that he was in a negative mindset at that time and wondered if he would ever be able to play the game again and represent India. The cricketer also went on to reveal how he overcame this phase. Pujara stated that he slowly started talking to his family members, his father and his friends who started giving him positive feedback and assured him that he will come out of this, which is why he stopped worrying about his future and started focusing on the present.

The CSK team star further said that once you are in a negative zone, everything around you becomes negative. He disclosed that he does yoga and tries meditation along with his prayers every day, which helps him remain in a positive mindset. The 33-year old reiterated that there was a time when he felt he cannot handle the pressure.

India's No. 3 in Tests revealed when he had problems in his younger days, he used to go to his mother and cried in front of her saying that he had a lot of pressure and nervousness and he doesn’t want to want play cricket. However, he reckoned that he has now learned how to handle pressure.

READ | IPL 2021's most watched match belongs to THIS team, recorded most viewership in Hindi

Cheteshwar Pujara had failed to find an IPL team since 2015. The right-hander last featured in the lucrative league in 2014 where he played for Kings XI Punjab (now Punjab Kings). However, Pujara found bidders in the form of the CSK team at the IPL 2021 auction as he was bought by the franchise for a price of ₹50 lakhs.

After being picked by CSK, Pujara along with Robin Uthappa were among the first players to join the CSK squad and train for IPL 2021. Both Cheteshwar Pujara and Robin Uthappa failed to break into CSK's playing XI for the first seven matches of IPL 2021. However, the team had a dream start to IPL 2021 campaign under MS Dhoni, having won five out of the seven games they played.

The Men in Yellow looked likely to qualify for the IPL 2021 playoffs but the IPL suspension decision was made the BCCI as the tournament reached halfway. The IPL suspension news was announced after several players across franchises tested positive for COVID-19. Notably, CSK CEO Kasi Viswanathan, bowling coach Lakshmimathy Balaji, batting coach Michael Hussey and their designated bus cleaner tested positive for the ungodly virus.