Chris Morris, who recently returned home after the suspension of the Indian Premier League (IPL), has said that England players were panicking the most. 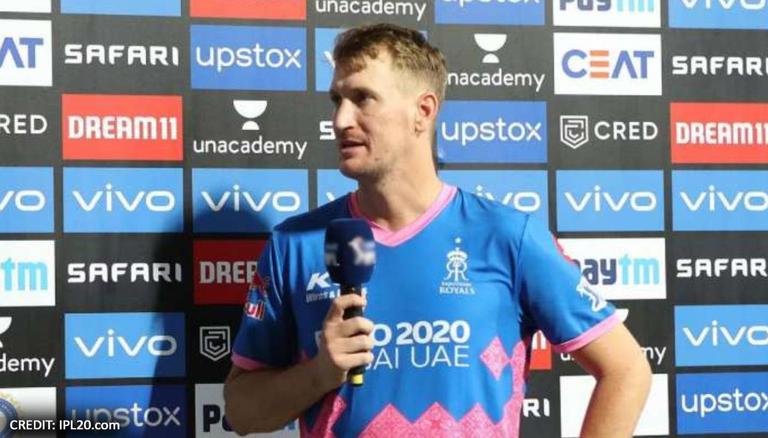 
Rajasthan Royals (RR) pacer Chris Morris, who recently returned home after the suspension of the Indian Premier League (IPL), has said that England players were panicking after the news of the postponement emerged on Tuesday. Morris, who landed in South Africa on Thursday and is currently in quarantine at home, says English players were panicking because they were required to isolate themselves in a hotel once they arrived in their country. Morris, while speaking to South African media IOL, said that after the news broke there was a panic in the team hotel, "especially amongst the English guys".

Morris said he was chatting with the team doctor in the hotel when Kumar Sangakkara, Director of Rajasthan Royals, came and said it was over. Morris added that after the news broke out there was chaos and panic everywhere, especially amongst the English players because they had to quarantine in hotels and apparently there was no room available. However, the Protea star, who was the most expensive purchase in this year's IPL auction, said the Rajasthan Royals' management was brilliant as they ensured everyone was comfortable.

The COVID-19 virus infiltrated the IPL bio-bubble on Monday as two players from the Kolkata Knight Riders (KKR) camp tested positive for the disease, resulting in the rescheduling of the match that was slated to be held later in the day between RCB and KKR. Some groundsmen in Delhi also returned positive results on Monday and later it was reported that CSK's bowling coach Laxmipathy Balaji has tested positive. On Tuesday, the matter became even worse as SRH player Wriddhiman Saha and Delhi Capitals spinner Amit Mishra tested positive for COVID-19, forcing the IPL's governing council to make the tough decision and postpone the league keeping in mind the safety and security of players and stakeholders.

It is not yet clear when the IPL will restart again, but media reports suggest that the BCCI could conduct the remaining matches of the cash-rich tournament in September this year, before the start of the ICC T20 World Cup. Reports suggest that the remainder of the tournament could be held in UAE later this year, where the ICC is also contemplating hosting the T20 World Cup in case the ongoing COVID-19 situation remains grim in India.