Recently, South African batsman David Miller spoke against the comments made by his national side teammate Faf du Plessis on T20 leagues. 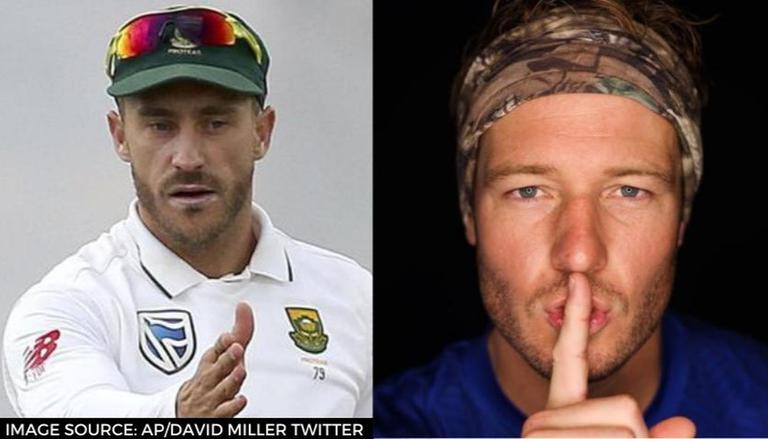 David Miller's PSL 2021 season is all set to start with the Peshawar Zalmi team as the remaining portion of the previously suspended Pakistan Super League (PSL) will begin from June 9. Recently, the South African batsman has spoken against the comments made by his national side teammate Faf du Plessis on T20 leagues. Earlier, Faf du Plessis had raised his concerns for the growing T20 leagues while saying that the T20 leagues were a threat to international cricket.

While speaking to dawn.com, David Miller addressed the comments made by Faf du Plessis on T20 leagues. Miller said that the T20 leagues are taking over and it is actually good because there is competition and the competitiveness is healthy. According to Miller, it would be in everyone’s interest if a middle ground is found. He also said that at the end of the day, he just wants to play cricket because he loves travelling, meeting different people and playing for different teams. Miller stated that all things are the joys of international cricket.

Faf du Plessis comments on T20 leagues around the world

Earlier, during a virtual media interaction, Faf du Plessis had given his comments on T20 leagues by saying that T20 leagues were a threat to international cricket. He had also added that the power of the leagues was growing year by year and in the present time around 6-7 leagues have emerged in a year as opposed to just 2 leagues at the beginning of the concept. He had concluded by saying that it was important to try and see how both the formats could co-exist.

Complete list of fixtures for the Abu Dhabi leg is here! Ready?

The first match of the resumed Pakistan Super League 2021 season is all set to take place on June 9, starting from 9:30 p.m. (IST). The Sony Sports Network will broadcast the live matches of the PSL 2021 season. The PSL 2021 live stream can also be experienced in India through the SonyLIV app. The first match is set to take place between the Lahore Qalandars and Islamabad United at the Sheikh Zayed Cricket Stadium in the UAE.