David Warner Had A Girlfriend When Candice Met Him; Australian Opens Up On How They Met

Australian cricketer David Warner's wife, Candice recently revealed the cricketer's first impression on her and how she initially found him arrogant. 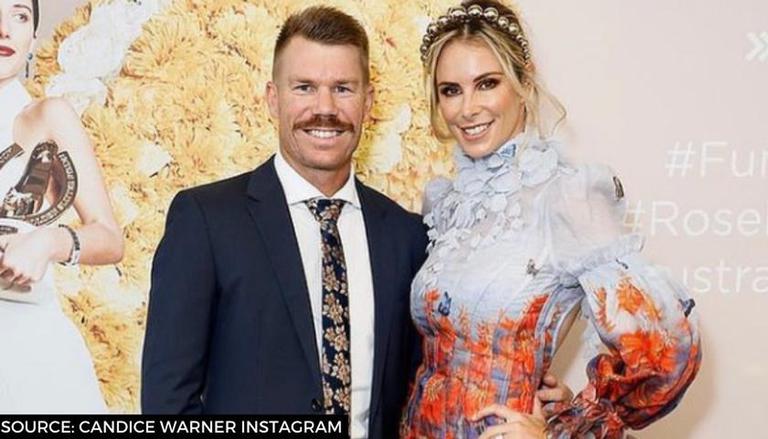 Australian cricketer David Warner has been one of the world's leading cricketers across formats in the last decade. The southpaw has enthralled the cricketing community with his explosive batting and brilliant fielding. Warner has been Australia's batting mainstay in all three forms of the games and has been instrumental in their success.

How did David Warner meet Candice?

While the dynamic batsman has always grabbed headlines for his on-field exploits, he has also been in the news for his personal life. Time and again, Warner has mentioned how his wife is her 'rock' and how she has played a massive role in his growth as a cricketer. Fans have been wondering about the David Warner Candice marriage and how did David Warner meet Candice?

Recently, David Warner wife, Candice revealed the cricketer's first impression on her. While speaking on the Kinda Sorta Dating podcast, Candice said that the two met a few years prior to them getting together. She revealed that when she met Warner, he had a girlfriend and she had just finished the City2Surf (popular road running event).

Candice recalled that when she met Warner she one of their mutual friends that he is not very friendly. She added that she didn’t want anything from him and they were just saying hello because they were from the area. Candice went on to say that Warner was a little arrogant and rude which left her unimpressed.

READ | David Warner shares his plight on COVID-19 situation in India, says 'it was terrifying'

The former Ironwoman further said that she wasn’t interested in him at all. However, she disclosed that she saw him on television (Foxtel) once in 2013 and that's when she messaged him on Twitter. Candice added that then they just started chatting and it went from there.

According to a report by PowerSportz, the Candice Warner net worth currently stands at INR 65.45 lakh. She is a retired professional Ironwoman and has also featured in the popular reality TV show 'SAS: Who Dares Wins'. Candice Warner has also recently signed an endorsement deal with French personal care company L'Oréal Paris. She is also set to don the commentator's hat during the upcoming Tokyo Olympics 2021. Candice will commentate during men’s and women’s triathlons and open water swimmings.