Australia's David Warner featured himself in the popular Bollywood movie 'Student of The Year 2' as he juxtaposed his face onto actor Tiger Shroff. 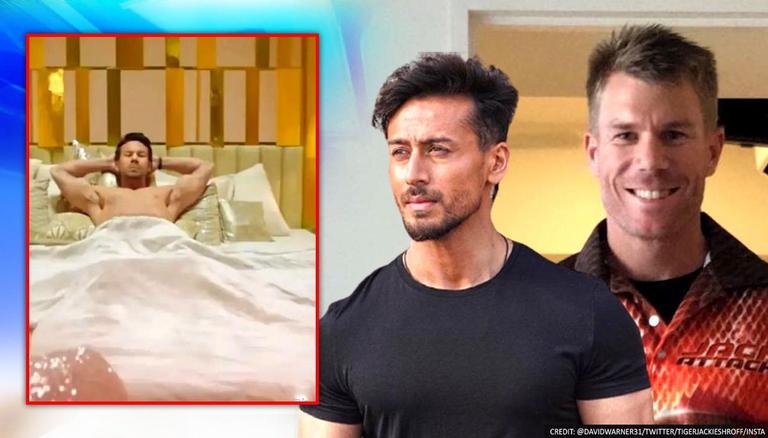 
After breaking the internet with his hilarious TikTok videos and dance on popular Telugu songs, Australian cricketer David Warner took social media by storm on Friday as he shared a witty Bollywood video on 'popular demand'. Warner featured himself in the popular Bollywood movie 'Student of The Year 2' as he juxtaposed his face onto actor Tiger Shroff. Swapping roles with the lead actor, Warner could be seen shaking a leg with Alia Bhatt on a song from the movie which has not only left his fans in splits but former Australian speedster Brett Lee as well.

When he is not batting, David Warner is often seen indulging in TikTok videos, which for quite some time had been his obsession until he travelled to India recently for the IPL 2021. Warner had returned to lead the SunRisers Hyderabad but was sacked halfway into the tournament as captain following the Orange Army's poor form. Warner was replaced by Kane Williamson as the captain and had also been dropped from the team in the very next game fuelling speculations of him being auctioned off in the next season.

However, with the IPL 2021 being postponed to September now, it is unknown if he will arrive in the UAE back for phase 2. Cricket Australia CEO Nick Hockley recently gave a major update on whether Australians will be available for the second phase of the IPL. While speaking to ESPNcricinfo, Hockley said that the topic of the IPL 2021 will have to discussed but that would be done only after everyone gets back together as a group. He further stated that the Australian players have just got out of their quarantine period in Sydney and their first priority is to make sure they are reunited with their families.

READ | David Warner shares his plight on COVID-19 situation in India, says 'it was terrifying'

However, Warner will return to action when Australia tour the Caribbean next month. The left-handed opener along with Steve Smith and pacer Mitchell Starc was named in the 23-man squad last month. Australia are set to play five Twenty20 internationals and three One-day Internationals against West Indies in July.

WE RECOMMEND
David Warner had a girlfriend when Candice met him; Australian opens up on how they met
Tiger Shroff, Disha Patani booked by Mumbai Police, here's the reason
David Warner emotionally reunites with family after nearly being 3 months away: WATCH
David Warner's daughter has warning for Aaron Finch, Oz captain comically responds: WATCH
David Warner shares his plight on COVID-19 situation in India, says 'it was terrifying'