The fifth Test between England and India, which was scheduled to start at 3.30 pm IST on Friday, got cancelled after discussions among BCCI and ECB. 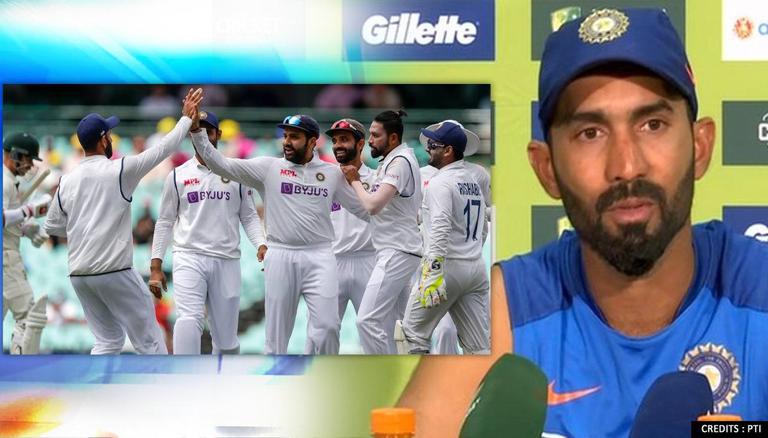 
Indian cricketer Dinesh Karthik explained the reason behind the fifth Test at Manchester getting called off, by speaking to some of the players in the Indian camp before the match was cancelled. He revealed that the Indian players were scared for their well-being after the team’s assistant physio Yogesh Parmar tested positive for COVID-19. Even though the entire team returned with negative reports the day before the scheduled start, the Test was called off by the England and Wales Cricket Board (ECB) and the Board for Control of Cricket in India (BCCI), two hours before the match.

Update: The BCCI and ECB held several rounds of discussion to find a way to play the match, however, the outbreak of Covid-19 in the Indian team contingent forced the decision of calling off the Old Trafford Test.

As per PTI, Karthik in a conversation with Sky Sports, revealed, “I spoke to a few of the guys (Indian players). More often than not, a lot of the players after the fourth Test. This is tiring. Almost all games have gone down the wire, they are tired and they have only one physio right now. They had two, but before this one went down along with the chief coach, another couple of the coaches, so they had one physio, so they've done a lot of work with that man. And now he tests positive. Now, that is the problem. If it was somebody else, somebody was helping you know in terms of logistics and all that they wouldn't be this afraid but when this person got it, the physio, I think that's when they got the jitters a little bit." Indian team’s senior physio Nitin Patel, head coach Ravi Shastri, and two other support staff members previously tested positive during the fourth Test in London.

READ | IPL 2021 MI vs CSK: How many times have the duo faced each other in finals? Check out

Dinesh Karthik, who was in England commentating during the first three matches of the five-match Test series is now with his Indian Premier League (IPL) team Kolkata Knight Riders (KKR) under a bio-bubble. The five-match Test series in England wasn’t being played under strict bio-bubble protocols. However, the payers were told to stay indoors for the fifth Test before taking their flights to UAE and entering the IPL bio-bubble.

READ | Explained: Top factors which could decide the IPL 2021 Opener of CSK vs MI

Extending his thoughts on the tight schedule, Karthik added, “You also have to understand, as soon as this finishes, they have the IPL soon after that the World Cup, and soon after that the New Zealand series and we are talking about literally one-week turnarounds. How many bubbles can they do? When they left, when they rather assembled in India, they assembled on May 16, it's four months almost, four months. That's a lot of time already.” He further stated, "Let's take an example for today, most of the guys today haven't even slept till 2.30-3 in the morning because they don't know if they have to be ready for the match, they don't know because you know it's very late in India, so they don't know if they're going to be able to speak to ECB those kinds of discussions were gone." Karthik concluded by admitting that the players feared contracting the virus and carrying it into the IPL bio-bubble. The IPL resumes on September 19 in the UAE.

READ | IPL 2021: Top-notch cricketers who are yet to score a century in tournament's history