The Fort Charlotte Strikers will take on the Salt Pond Breakers in the Dream11 Vincy Premier League T10 eliminator. Here's how you can watch the match live. 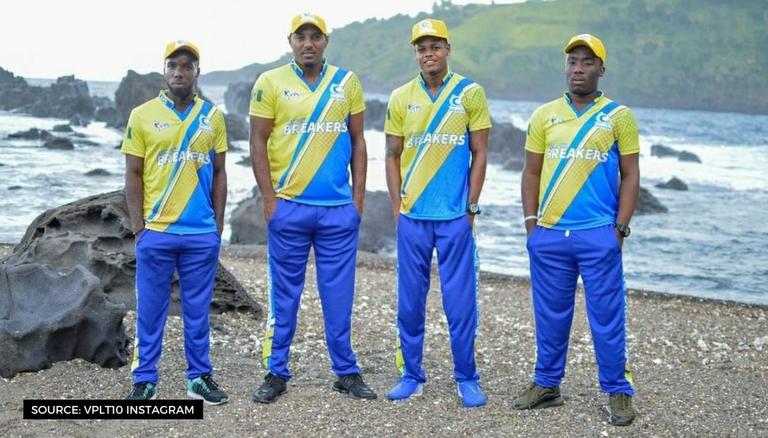 
The Fort Charlotte Strikers will take on the Salt Pond Breakers in the 1st eliminator of the Dream11 Vincy Premier League T10 2021. The match is set to begin at 11:30 PM IST (2:00 PM local time) from the Arnos Vale Sporting Complex, St Vincent on May 28, 2021. Here are the FCS vs SPB live streaming details, how to watch the Dream11 Vincy Premier League T10 live in India and the pitch and weather report for the contest.

The middle-two teams of the Vincy Premier League T10 2021, the Fort Charlotte Strikers and Salt Pond Breakers, will go up against each other in the first eliminator of the series. Champions in 2019 and runners-up in 2020, the Breakers finished 4th in the group stages, having won three and lost five matches in the season. Considering that both matches between them and the Strikers have gone the latter's way, the Breakers will be hoping to finally get a win and go into the second eliminator.

Meanwhile, coming into the playoffs in 3rd place on the table after winning six and losing two games, the Strikers will look to keep up their five-match winning streak and defeat the Breakers on Friday. Their last match against the Salt Pond breakers ended in a 7-wicket win for them while the one before that went in their favour by 3 runs. The loser of this match will be adjudged the 4th place finisher while the winner will have to beat the winner of the Hikers vs Explorers qualifier to go into the final.

The Fort Charlotte Strikers vs Salt Pond Breakers match will not be televised in India. However, fans who wish to watch the Dream11 Vincy premier League T10 live in India can do so on the Dream Sports-owned platform, FanCode. The FCS vs SPB live scores will be available on FanCode as well.

The pitch at the Arnos Vale Sporting Complex has been a bowling-friendly one through the series. With an average first innings score of 92 and almost 8 wickets falling in each game, we expect this match to have a score of 80-90. Going by previous matches and expected weather conditions, the captain winning the toss should choose to bat first. Accuweather predicts no rain during the game. The temperature is expected to be around 30°C, with 68% humidity and 25% cloud cover.

According to our FCS vs SPB Dream11 prediction, the Salt Pond Breakers will win this match.

Note: The FCS vs SPB prediction is made on the basis of our own analysis. It does not guarantee positive results.