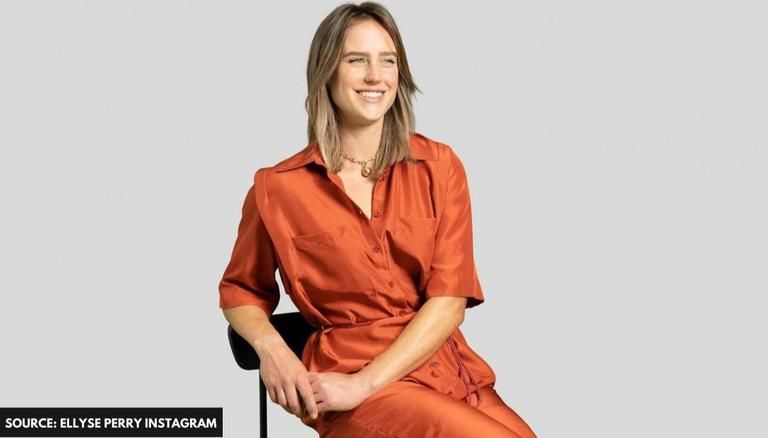 Australian team star Ellyse Perry has emerged to be a notable name in women's cricket over the years. The ace cricketer enjoys a tremendous fan following across the globe and her numbers on social media are a testament to the same. Apart from dazzling the viewers with the superlative performances on the field, the talented cricket star has often wowed the masses with her impeccable fashion sense as well. Perry once again showcased her style statement through her latest social media post.

The women's cricketer has often used her social media accounts to stay connected to her fans. She has used the platforms to give her followers a glimpse of her personal life. The all-rounder recently shared a new picture on her Facebook account. The renowned sportswomen won hearts with her ultra-stylish avatar. The player's fans were mesmerised by the latest picture and gave her look a big thumbs up. At the time of writing this report, the post has close to 1 lakh likes and over 200 shares. Ellyse Perry photos -

After four years of marriage, the couple had decided to part ways last year. The two had released a joint statement confirming the news of their separation. The Ellyse Perry divorce official statement read, “It’s with the greatest of respect for one another that we decided to separate earlier this year. We felt this was the right course of action and is in the best interests of each other and our current lives. This is something that has evolved and is a mutual decision. Throughout our relationship, we have remained private and we ask that our space and privacy continue to be respected during this difficult time for both of us."

The Ellyse Perry divorce led to a flood of memes directed at Murali Vijay, the former Team India Test opener. The Ellyse Perry Murali Vijay memes kicked off after the former Chennai Super Kings player during an Instagram Live was asked to name the two players with whom he would like to go on dinner after the lockdown is lifted. The Tamil Nadu superstar promptly by saying Shikhar Dhawan and Australian all-rounder Ellyse Perry, adding that the cricketer is very beautiful. Perry in a chat with anchor Ridhima Pathan had said: “I hope he’s paying. That’s very kind of him. I’m flattered."

The Ellyse Perry career stats make up for a staggering read. Ever since her international debut back in 2007, she has represented the Australian national side in 8 Tests, 115 ODIs and 123 T20Is.In limited-overs cricket (ODIs and T20Is), Perry has scored 4,350 runs and taken 267 wickets. She has additionally compiled another 624 runs (including an Australian record knock of 213*) and 31 wickets in Test cricket.