ENG Vs IND: Deepti Sharma To Ring Bell At Lord's Prior To Start Of Day 4 Of 2nd Test 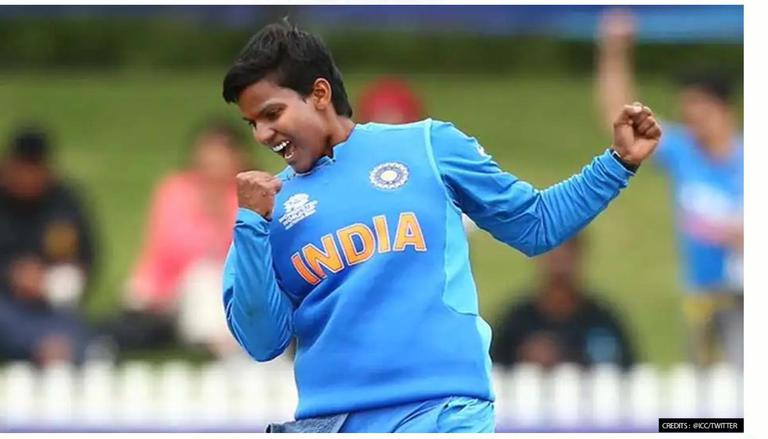 
Deepti Sharma, one of the most prominent members of the Indian women's cricket team, has made a tremendous impact on the field with her all-round abilities in the past few years, and now her name will be etched on the honours board of the Lord's Cricket Ground on Sunday.

England vs India: Deepti Sharma to ring the Bell at Lord's

It has now been confirmed by the Lord's Cricket Ground as well as the BCCI Women on their official Twitter handles that Deepti Sharma will be ringing the iconic bell at the 'Mecca' of Cricket, at Lord's, prior to the start of play on Day 4 of the ongoing second Test match between India & England.

🔔 India international @Deepti_Sharma06 will be ringing the five-minute bell on Day Four at Lord's.#LoveLords | #ENGvIND

Stay tuned for start of Day 4⃣ of the second #ENGvIND Test as #TeamIndia all-rounder @Deepti_Sharma06 will ring the bell at Lord's. 👏 👏

England vs India: Can the visitors set a mammoth target for Joe Root & Co.?

Coming back to the Lord's Test match, Skipper Joe Root and Jonny Bairstow added 121 runs for the fourth-wicket stand before the latter was dismissed for 57. However, Joe Root soldiered on from one end even though his middle-order batsmen could not offer much assistance to the number 3 batsman. Root took the Indian bowlers to all parts of the ground for erring in line and length as he brought up his 22nd century in the longest format of the game.

He continued to put pressure on the bowlers even after breaching the three-figure mark as England successfully overhauled India's first innings total of 364. Joe Root was left stranded on 180 as he did not receive support from the tail-enders. Their innings came to an end at the score of 391 when the number 11 batsman James Anderson was castled by Mohammed Shami.

The hosts now enjoy a first-innings lead of 27 runs after the end of play on Day 3.

Virat Kohli & Co. would now be hoping to set a mammoth target for England as they look to go 1-0 up in the five-match series.

WE RECOMMEND
England vs India: Fan breaches security to invade pitch at Lord's; leaves Siraj in splits
England vs India: KL Rahul lauds Jasprit Bumrah's bowling effort, calls him a match winner
Joe Root wants Eng batsmen to do this ONE thing during England vs India 2nd Test
Joe Root thinks Cricket's 'The Hundred' format will work best if it's included in Olympics
Ravindra Jadeja becomes fifth-fastest to complete the double of 2000 Runs and 200 wickets