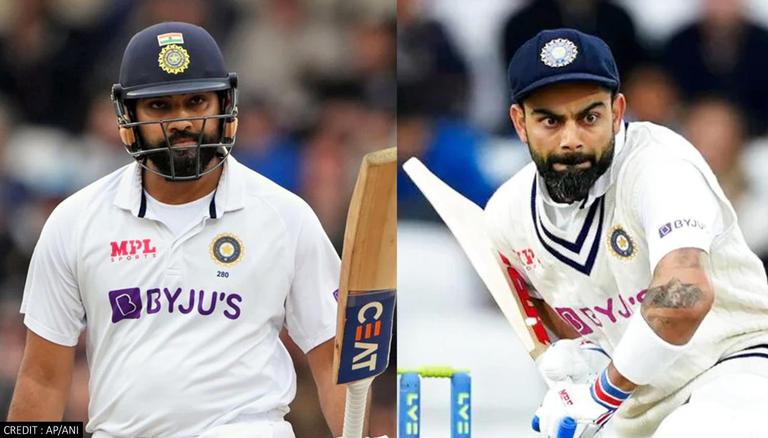 
Rohit Sharma was seen shrugging at Indian skipper Virat Kohli during the second innings of the fourth Test match. In the clip you can see Kohli and Sharma talking about something and then Shamra shrugs at Kohli. It is unknown whether it was done in frustration or whether he just did not know the answer to a question that Kohli may have asked him. England is currently at 62 for the loss of 5 wickets in 19 overs as they trail by 137 runs in their first innings of the fourth test match.

In India's first innings. Kohli managed to score a half-century with 50 off 96 balls meanwhile Sharma on the other hand managed only 11 off 27 balls. However, the balling lineup did start well dismissing the England openers for 5 and 0.

Coming to the match, England skipper Joe Root won the toss and opted to bat first. England pacers Chris Woakes and Ollie Robinson provided an early breakthrough for Brits by dismissing Indian openers Rohit Sharma and KL Rahul for 11 and 17 runs respectively. James Anderson joined the wicket hunt as he sent Cheteshwar Pujara back to the pavilion for just 4 runs. Virat Kohli provided some steadiness to the Indian innings as he scored a splendid 50 off 96 balls before being dismissed from an amazing delivery by Robinson.

READ | India vs England: Pitch-invader 'Jarvo69' banned for life from Headingley; to be fined

The rest of the Indian batting line-up looked frail before Shardul Thakur took charge and steered the Kohli-led side to a respectable first-innings total. Thakur scored 57 off 36 balls at a strike rate of 158.33. The fast-bowling all-rounder finished as India's highest run-scorer in the innings. During England's turn to bat at the second innings, Jasprit Bumrah fired up by taking two wickets in a single over, dismissing both the openers cheaply. Umesh Yadav then chipped in and took the most crucial wicket from the England side, send back their captain Joe Root for 21 runs. Dawid Malan and Craig Overton did resume batting for England on Day 2 at their overnight score of 26 and 1 respectively however Overton was caught out on the fourth ball of Day 2 leaving England at 62/5 in 23.3 overs.