'There's Maverick In It And Genius In A Lot Of It': Brendon McCullum Hails England Star

The former New Zealand batter, credited with bringing about a radical change in England's approach to playing Test cricket, said the team has performed incredibly well to win the series in Pakistan. 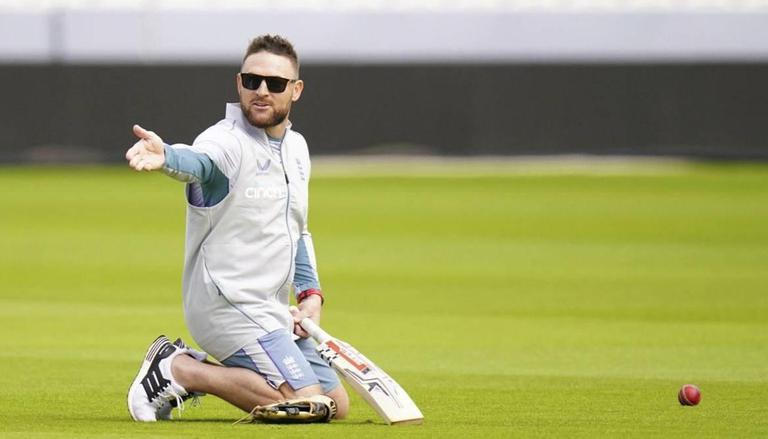 
England's head coach Brendon McCullum finds it "scary" to think about how good a captain Ben Stokes can become after the team's 3-0 whitewash of Pakistan in the Test series.

The former New Zealand batter, credited with bringing about a radical change in England's approach to playing Test cricket, said the team has performed incredibly well to win the series in Pakistan.

"Ben has had a transformative influence in the year gone by and his work on and off the field is fantastic," McCullum told Sky Sports.

"There's maverick in it and genius in a lot of it," he added.

"He's just got an insatiable appetite to keep moving the game forward, which is super-impressive. But for me, it's the man management, it's the consistency of message, it's the pure passion and drive that he's got to make a significant difference in Test cricket, and English cricket, which is most impressive.

"Because if he continues to improve and drive this team forward then, with the talent that sits within the dressing room, they will give it a good shake anyway." Playing down his role in England's transformation, McCullum said Stokes has been magnificent in the series and praised the skipper's ability to get the best out of each team member.

"I think this side is shaping out to be very much in the image of the captain. It is his mantra," McCullum said.

"He wants to do something significant and leave a legacy and impact on Test cricket and he is getting there," he added.

"I don't do bugger all, to be honest," McCullum joked.

"I just make sure that the guys remain consistent with their own beliefs, and that they all want to be the best version of themselves.

"To be honest, it's a really easy job … don't tell my bosses. But I'm really enjoying myself, and I couldn't I couldn't have asked for a better opportunity to be honest." Stokes, at his post-match conference here on Tuesday, said he was very pleased with the outcome of the series.

"It will sink in once we go home for Christmas and New Year. To win three nil out here is something to look back on with pride." Pakistan captain Babar Azam insisted that the Test team was in a rebuilding phase.

"We will look back at this series and try not to repeat the same mistakes again. There were positives in this series for us and we must learn from them," Babar said at the National Stadium.

The Pakistan skipper noted that one needed experienced players in Test cricket.

He also insisted that the doors had not been closed on any player in Tests.

"We were in a position to win in the first two Tests but didn't seize the opportunity and that has been our problem we can't finish off matches from positions of strength."