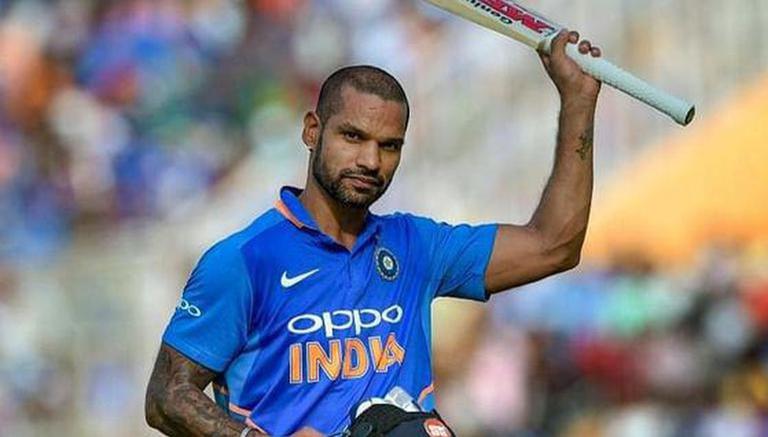 As the selectors take their time to decide on the ODI squad, several netizens have come in support of the Delhi batter, stating that his performances for the international team have always been good.

As the discussions amongst cricketing experts and fans continue about Team India's selections for the tour of South Africa, several netizens came out in support of Shikhar Dhawan, citing his ODI stats this year.

One Twitter user wrote that new ODI skipper Rohit Sharma has just scored 90 runs in 2021, at an average of 30. Comparing this with Dhawan's performance for the same period, the user said that Gabbar has smacked 297 runs at an outstanding average of 59.4.

Meanwhile, another fan cited the Delhi opener's outstanding record against South Africa in ODIs, stating that in just 17 innings, the 36-year old has amassed 798 runs at an average of 49.9. These innings include four fifties and three centuries.

Shikhar Dhawan against SA in ODIs:

On similar lines, another netizen wrote that it is strange to see the highest run-scorer of the calendar year being threatened for his spot, indicating the 'supremacy' of the Indian cricket team.

Meanwhile, several other reactions can be seen below.

Shikhar Dhawan averaged 56.33 in the last ODI series he played against England. He has been our most consistent ODI player and opener from last 7 years. Accumulated runs in almost every series but he should be dropped bcoz some other player is making runs in domestic tournament.

Shikhar Dhawan since 2020 in ODI

(Highest scorer for India in SL)

Shikhar Dhawan has scored 2nd highest run in the last 4 years of IPL. Just because of his age, people are disregarding his place in ODI because let's be honest there won't be a drama if He is replaced.

Also, Dhawan is the 2nd highest run-scorer in IPL overall only behind Virat. pic.twitter.com/eAVd94Mlug

Shikhar Dhawan's poor form in the ongoing Vijay Hazare Trophy raises concerns as the 36-year old has so far scored 0, 12, 14 and 18 runs in the games he has played so far. Meanwhile, fellow openers Ruturaj Gaikwad and Venkatesh Iyer have been in exceptional form. Maharashtra skipper Gaikwad has smacked three back-to-back centuries, while Iyer has hit two hundreds so far.

WE RECOMMEND
India's biggest syringe manufacturer seeks exemption after Haryana govt shuts all plants
MQM chief urges India to intervene for freedom of Pak-occupied Sindh, Balochistan
Miss Universe winners from India: Harnaaz Kaur, Lara Dutta & Sushmita Sen who did us proud
IMD predicts light to moderate rainfall in many places across India for next 3-4 days
India to launch its first space station by 2030; soon after manned 'Gaganyaan' mission
Listen to the latest songs, only on JioSaavn.com