As Team India defeated England on Monday and registered their first victory at the Oval in a span of 50 years, BCCI President Sourav Ganguly lauded the team 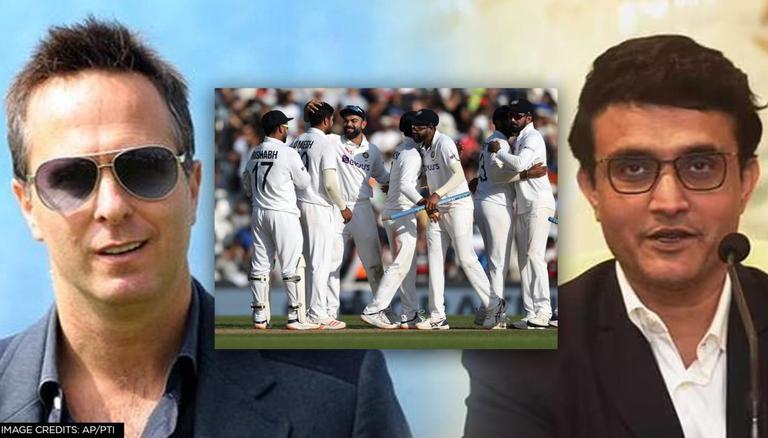 
As Team India defeated England on Monday and registered their first victory at the Oval in a span of 50 years, BCCI President & India's former skipper Sourav Ganguly lavished praise on the team. Team India on Monday defeated England in the fourth Test and took a 2-1 lead in the five-match Test series. Following the historic win, BCCI President Sourav Ganguly took to his Twitter handle and claimed that the current Indian side was better than the rest of the world.

Praising Team India, Ganguly in his Tweet wrote, "Great show ..The skill is the difference but the biggest difference is the absorbing power of pressure..indian cricket is far ahead then the rest."

Soon, England's former skipper Michael Vaughan responded to Ganguly's praise for Team India and took a dig at the BCCI President. Disagreeing with Ganguly, Vaughan wrote that the Indian Team is not better than the rest in the white-ball formats - the ODI and T20. However, the former English skipper acknowledged that the current Indian team is better than the rest in Test cricket.

It was a perfect team effort. In terms of bowling, speedster Jasprit Bumrah's spell put England on the back foot as he knocked over Ollie Pope and Jonny Bairstow. Chasing 368 for a win, England were positioned nicely at 131 for two in the opening session but lost six wickets in the second session, with Bumrah and Jadeja wreaking havoc on the fifth and final day of the game.

The hosts were eventually all out for 210 to hand India a 2-1 lead in the five-match series. England lost six wickets for 62 runs in the second session. Bumrah dismissed Ollie Pope (2) and Jonny Bairstow (0) while Jadeja saw the back of Haseeb Hameed (63) and Moeen Ali (0).