Harbhajan Singh put out a tweet expressing his disappointment with Team India's defeats in the Super 4 stage of the Asia Cup 2022 tournament in UAE. 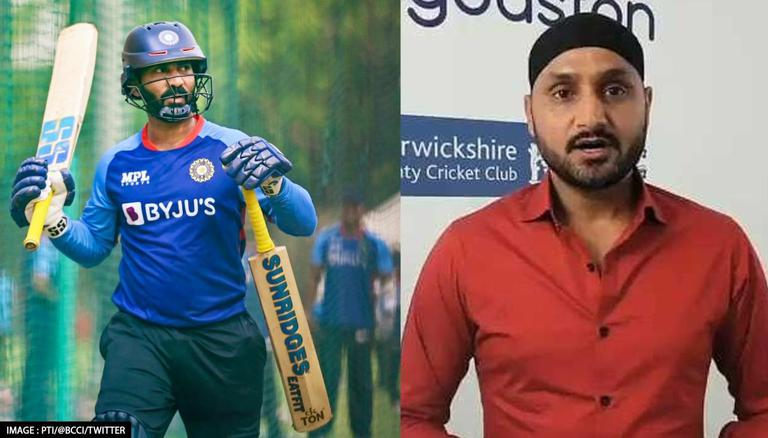 
Former Indian cricketer Harbhajan Singh took to his official Twitter handle and expressed his disappointment with Team India’s defeat against Sri Lanka on Tuesday. Sri Lanka claimed a six-wicket win over the Men In Blue after chasing down the target of 174 runs in the penultimate ball of the match. This was India’s 2nd loss in the Super 4 stage of Asia Cup 2022, which did damage to their hopes of picking up an eighth Asia Cup title.

Meanwhile, Team India's loss became the most talked about thing on social media, as cricket enthusiasts put out their thoughts. Among many reactions, one of the most notable reaction came from former India off-spinner Harbhajan. In a tweet about the match, Harbhajan slammed the team management for their decisions related to the playing XI.

Harbhajan mentioned the name of young pacer Umran Malik, who became a sensation during the Indian Premier League (IPL) 2022 season. Malik later made his Team India debut against Ireland. The former Indian cricketer also said Deepak Chahar needs to be added to the squad, citing his top-quality swing bowling.

Harbhajan also mentioned veteran India wicketkeeper Dinesh Karthik in his tweet and questioned why he doesn’t get chances frequently. While Chahar is one of the standbys for India at Asia Cup 2022, Karthik has been warming the bench after featuring in the playing XI during India’s campaign opener against Pakistan. However, Rishabh Pant hasn’t been able to add runs under his belly in the three chances he has received.

“Where is Umran malik (150km speed)?  Why Deepak chahar (top quality swing bowler) wasn’t there? Tell me if these guys don’t deserve the chances?? Why Dinesh Karthik don’t get chances consistently??  Disappointing,” Harbhajan wrote on Twitter. It is pertinent to mention that India currently sit below Sri Lanka and Pakistan in the Asia Cup 2022 Super 4 points table with two defeats in two games.

Where is Umran malik (150km speed) ? Why Deepak chahar (top quality swing bowler )wasn’t there ? Tell me if these guys don’t deserve the chances ?? Why Dinesh Karthik don’t get chances consistently?? Disappointing

How can India qualify for the Asia Cup 2022 final despite two defeats?

However, Team India still has a chance to qualify for the tournament’s summit clash. In order to reach the final, India needs to defeat Afghanistan by a significant margin in their next match and hope Sri Lanka and Afghanistan defeat Pakistan. Sri Lanka is scheduled to face Pakistan on Wednesday, while India will be up against Afghanistan on Thursday.

READ | Asia Cup 2022 Super 4: What does each team need to do to qualify for final? EXPLAINED
READ | What went wrong for Team India in its Asia Cup Super 4 duel vs Sri Lanka? Key takeaways
SUBSCRIBE TO US