'He Was Bang On': Robin Uthappa Recalls Sachin Tendulkar's Advice During 2008 Series

Uthappa opened the innings with Sachin Tendulkar in both finals and scored 50 and 94 runs. Uthappa had scored 142 runs in 8 innings at an average of 20.28. 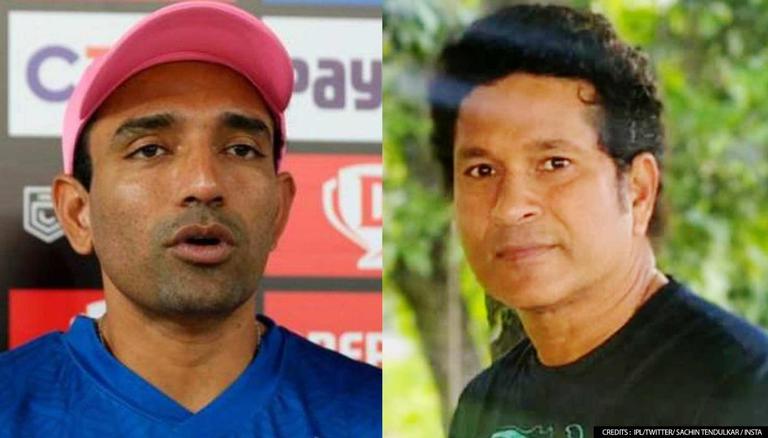 
Robin Uthappa, who was part of the Indian team that had travelled to Australia for the CB tri-nation series in 2008, has revealed that Sachin Tendulkar was in a lot of pain during the tour but still continued batting for India and finished the tournament as the second-highest run-scorer. Uthappa, during a recent chat with YouTubers Ian Higgins and Sam Perry, also talked about an important piece of advice Tendulkar gave him during the series, which he, now, feels was absolutely "bang on". Uthappa said Sachin had told him during the series that it would become difficult to continue with the game after a certain age. The Tamil Nadu cricketer said he had dismissed Sachin's advice back then, but now with growing age, he feels Sachin was "bang on".

"I remember having a conversation with him in that series where he said 'Robin, it's so hard to keep yourself fit after 32, 33, and 34, because it gets that much more challenging, Injuries start taking a toll. And at that age, I was just 21 or 22 when I had that conversation and I said 'no paaji, you're just saying this'. He said 'Robin, when you're 35, let's have a conversation and see if you agree with me or not.' And today at 35, I want to tell you, he was bang on. Injuries do start taking a toll when you are past 32, 33," Uthappa added.

India won the final after defeating home side Australia. In the series, Uthappa opened the innings with Sachin Tendulkar in both finals and scored 50 and 94 runs respectively. Uthappa had scored 142 runs in 8 innings at an average of 20.28. Meanwhile, Sachin had scored 399 runs in the series with one century and two half-centuries to his name. In the 10 innings that Sachin played during the series, he averaged 44.33 with the bat and was only behind Gautam Gambhir in terms of most runs scored. Gambhir had scored 440 runs, including two centuries and one half-century. Former Indian skipper MS Dhoni was the third-highest run-scorer in the series with 347 runs to his name.

READ | Shocked Sachin Tendulkar asked Virat Kohli 'what are you doing?' at first meet: Here's why