How Much Of MS Dhoni Movie Is True? Here Are Some Unknown Facts About The Epic Biopic

The movie had a noteworthy storytelling capacity that managed to capture the attention of many, but fans still wonder, “How much of MS Dhoni movie is true?” 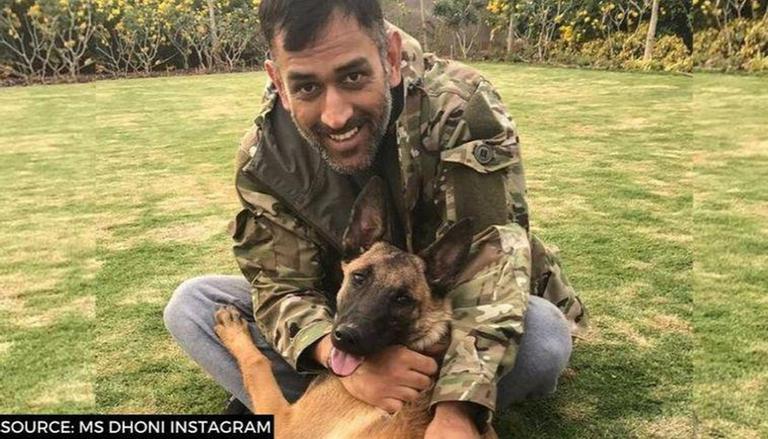 Fans still cherish the iconic and memorable portrayal of MS Dhoni by the late actor Sushant Singh Rajput in the blockbuster biopic M.S. Dhoni: The Untold Story. Director Neeraj Pandey gave an opportunity to the audience to experience some of the unknown moments in MS Dhoni’s life, particularly involving his personal life and his journey to the Indian cricket team. Even though the biopic had a noteworthy storytelling capacity that managed to capture the attention of the audience, fans still wonder, “How much of MS Dhoni movie is true?”

How much of MS Dhoni movie is true?

M.S. Dhoni: The Untold Story, directed by Neeraj Pandey was released on September 30, 2016, and the movie instantly resonated with the fans and became a fan favourite. Focusing on Dhoni’s early childhood and upbringing, the part that the movie got right was Dhoni was more interested in football rather than cricket during his school days. A young Dhoni practised being a goalkeeper and it was his childhood coach Keshav Ranjan Banerjee who got him into cricket in search of a wicketkeeper.

While showing his journey to the Indian cricket team, the movie also depicted the chance encounter between Yuvraj Singh and MS Dhoni before both the players were a part of the Indian cricket together. The movie rightfully showed the part where both the players faced each other during a zonal match where Yuvraj dominated the match through his unbreachable batting. The movie also captured the former Indian captain’s struggle where he was shown working as a ticket collector in Kharagpur, West Bengal to support his family.

4 glorious years of the IIFA-winning #MSDhoniTheUntoldStory. A film that inspired millions of people to follow their dreams. The movie received one of the widest releases for a Bollywood film in a total of 61 countries across approximately 4500 screens globally. #MSDhoni @msdhoni pic.twitter.com/uhc8sOZdCk

The story of MS Dhoni ex-girlfriend

However, the movie missed the mark by incorrectly depicting some of the crucial moments of MS Dhoni’s love life. As pointed out by a Reddit user, Mukkul Shrivastava, the MS Dhoni ex-girlfriend story goes as per fact that the former Indian cricket met his late ex-girlfriend Priyanka Jha back in the year 2002. Priyanka Jha lost her life when Dhoni was with India A squad in 2003-04 and she never saw Dhoni play an ODI for India. In the movie, it is shown that they both met in 2005 after the first ODI against Pakistan. As a result, multiple reports claim that Dhoni's biopic was 98% accurate when it came to depicting real-life facts.

The story behind MS Dhoni wife

Mukkul Shrivastava also pointed out that MS and Sakshi Dhoni knew each other since childhood but got distant. Both MS and Sakshi Dhoni’s father worked together in Ranchi. The MS Dhoni wife story in the movie got the part right where Sakshi Dhoni interned at Taj Kolkata and met Dhoni during her last day by chance, without knowing who he was surprisingly.

READ | MS Dhoni or Virat Kohli? Avesh Khan diplomatic on whose wicket he savoured in IPL 2021

According to caknowledge.com, the MS Dhoni net worth is estimated to be around INR 760 crore. Interestingly, for the making of the biopic, Dhoni had reportedly charged INR 45 crore, making it the highest for any Indian sportsperson so far in films. His net worth figure comprises his earnings from the Board of Control for Cricket in India (BCCI) as a former Indian cricket player. MS Dhoni has earned a significant amount of his net worth from the IPL, playing for the Chennai Super Kings. MS Dhoni was retained by CSK for INR 15 crore for the IPL 2021 season.

Disclaimer: The above MS Dhoni net worth is sourced from various websites/media reports. The website does not guarantee a 100% accuracy of the figures.