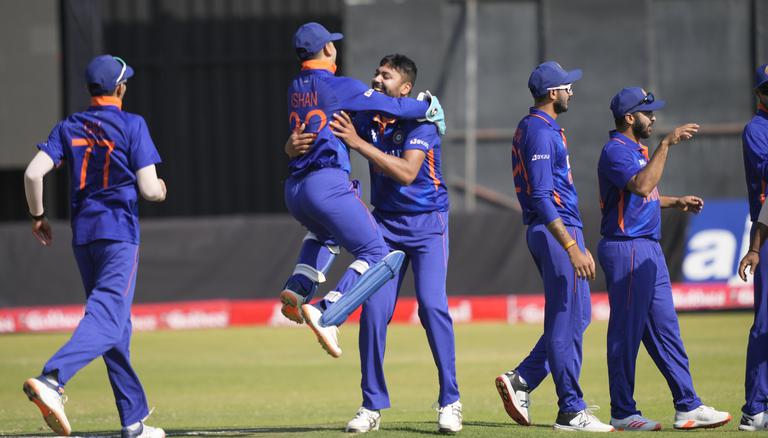 
Team India's demolition of Zimbabwe in the three-match ODI series saw them consolidate their position in the latest ICC ODI Rankings, updated by ICC on Tuesday, August 22. The IND vs ZIM ODI Series ended with the Men in Blue winning all three matches. They also extended their winning run over their opposition to 15 matches.

Team India's series win saw them improve their ODI ranking by 111 rating points placing them third overall, while Pakistan with 107 rating points, is placed below India in the fourth spot after winning the series against the Netherlands. New Zealand with 124 rating points is currently at the top of the table followed by England with 119 rating points.

Currently, England is currently involved in the World Test Championship series against South Africa. The Kiwis next play Australia in three-match ODI series and a loss could see them slip to the second spot and make England the new leader in the rankings. Australia who is fifth has a chance to climb the table if they beat New Zealand. India can also cut down the lead at the top as they prepare to host South Africa in a 3-match ODI series in September-October. 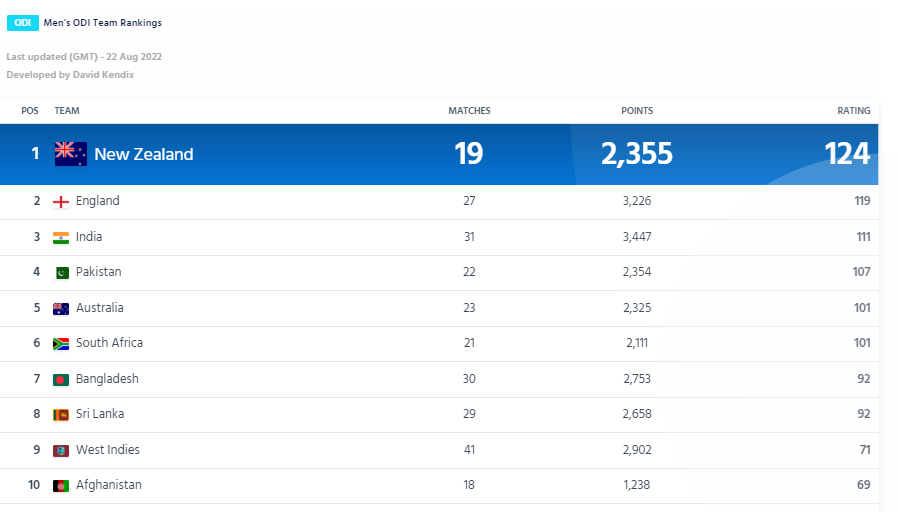 Zimbabwe put up a spirited fight against India but fell short of the target while chasing. The Men in Blue were looking for a series whitewash and Team India skipper KL Rahul had luck on his side as he won the toss and decided to bat first. Rahul and Shikhar Dhawan gave a solid start to the team at the top but Rahul's journey ended early after departing for just 30 runs. Dhawan also got the start but failed to play a big knock departing after scoring 40 runs.

READ | Shikhar Dhawan's reaction to 'can I have yo shirt' poster leaves even Rahul amused; WATCH

Shubman Gill scored his maiden international century and carried the bat till the final over. He departed for 130 runs in just 97 balls. Ishan Kishan scored a half-century in 61 balls before heading back to the pavilion. India finished their innings at 289 runs for the loss of 8 wickets.

Zimbabwe chasing 290 runs for victory did not have the best of start, losing wickets at regular intervals. Sikandar Raza staged a fight back for Zimbabwe to bring the team back into the contest with the support of Brad Evans (28 off 36). The duo shared a 104-run partnership off 77 balls for the eighth wicket and looked like pulling off a victory. However, Reza's dismissal in the penultimate over following Shubman Gill's terrific catch changed the momentum of the match as India ran away with the victory. Zimbabwe's innings ended at 276 in 49.3 overs.

READ | IND vs ZIM: Netizens express dissatisfaction with Shikhar and KL Rahul's 'lack of intent'
SUBSCRIBE TO US