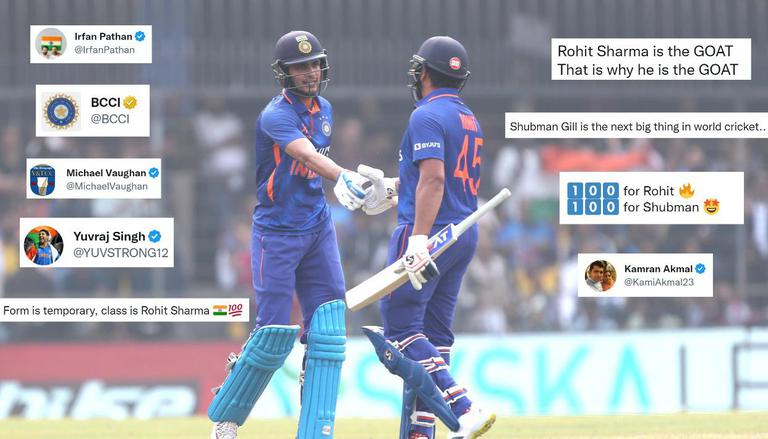 
Rohit Sharma silenced his critics in stunning fashion by smashing his 42nd international century for Team India in the India vs New Zealand 3rd ODI on Tuesday. This was the 30th ODI hundred for the India captain which came in just 81 balls. Rohit completed his individual century after the Indian openers completed their 200-run partnership.

Talk about leading from the front! 🙌🏻

Rohit reached his hundred in the 26th over of the match against the Kiwis. The 35-year-old registered his 41st international century against Australia in January 2020 and went three years without reaching the triple figures. Meanwhile, Gill was quick to follow the captain’s footsteps as he completed his century in the same over.

The #TeamIndia opener is in supreme form with the bat 👌👌

While Rohit took 81 balls to achieve the milestone, Gill complete his hundred in just 72 balls. The Indian skipper hit a total of nine fours and six sixes during his century knock. However, he went back to the pavilion in the first ball of the 17th over after being bowled out by Michael Bracewell. Rohit ended his knock on the individual score of 101 off 85 balls.

Despite the dismissal, the Indian fans were quite happy with their skipper’s knock as India found themselves at 212/1 in 26.1 overs after his dismissal. Shubman on the other hand went back to the dugout after getting dismissed by Blair Tickner in the 28th over. The youngster hit 112 runs in total off 78 deliveries, with the help of 13 fours and five sixes.

Here's how the cricketing world reacted