What came to notice of the fans on social media on Day 1 of the ongoing IND vs SA 2nd Test match was that KL Rahul had no sponsor stickers on his bat. 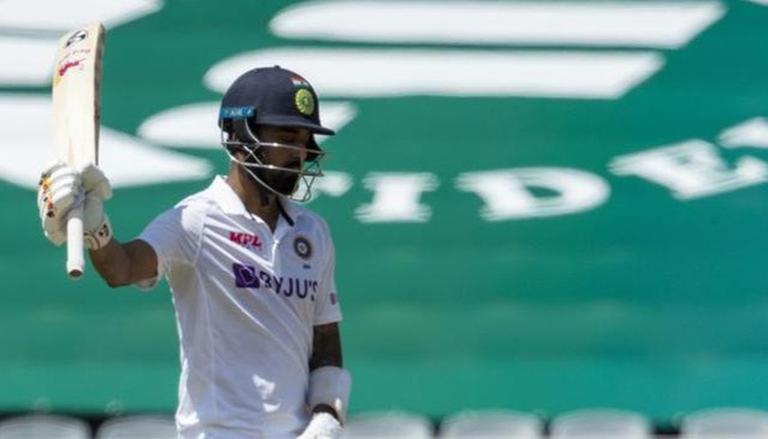 
Ahead of the IND vs SA 2nd Test match, KL Rahul was announced as the stand-in captain for an injured Virat Kohli. He became the 34th cricket captain to lead the Indian team in the Test format of the game, as he walked out for the toss which he then proceeded to win. Rahul's performances this year have been sensational, to say the least, for Team India and even in the IPL for Punjab Kings.

What came to notice of the fans on social media on Day 1 of the ongoing IND vs SA 2nd Test match was that KL Rahul had no sponsor stickers on his bat. It is unusual for a player of his calibre and status to have no sponsor sticker on his bat. It will be interesting to see who decides to sponsor him as they will have to shell out a bit for that. Fans on social media loved that the skipper of the Indian Test team for the South Africa Test did not have any sponsor sticker on his bat and one user even called KL's bat 'prime real estate'.

Can't digest the fact that the current all format superstar for India KL Rahul does not has any sponsor.... he's playing without any bat stickers, if that's the case he is surely up for a really huge contract with some brand 👀#SAvIND

When was the last time an Indian Cricket Captain was seen batting without a sponsor sticker on his bat @kaustats ? #KLRahul #Wanderers

Apparently @klrahul11 bat does not have a sponsor! That too when he is captain for the first time :) #INDvsSA

Why there’s no sponsor logo on @klrahul11 bat?

Don't even remember the last time an Indian captain's bat didn't have a sponsor.

KL Rahul doing a Gill, no bat sponsor! Meanwhile I must say KL’s career up until now has all the ingredients of a classic struggle-followed-by-success Bollywood movie! #INDvSA

With Virat Kohli out of the second India vs South Africa Test match, KL Rahul was announced as the skipper and he won the toss and chose to bat first. It seemed like the correct decision as openers Rahul and Mayank Agarwal started well. But they lost the wicket of Agarwal just as he was looking set at the crease and soon after, they lost two of their struggling batsmen Cheteshwar Pujara and Ajinkya Rahane on consecutive balls. Hanuma Vihari and Rahul did steady their innings a little. But at 20 runs off 53 balls, Vihari also departed. Rahul made it to his half-century but he also walked back to the pavilion soon after. Again, Rishabh Pant and Ravichandran Ashwin steadied the innings for a bit until Pant's wicket was claimed by Marco Jansen. Ashwin missed out on his half-century when he was caught out at 46 runs in 50 balls.

The South African pace attack was stellar as they took wickets at regular intervals and the Indian batting line-up just could not settle. India's middle-order crumbled in front of the Proteas pacers, particularly Rahane and Pujara. Duanne Olivier and Kagiso Rabada took three wickets each while Marco Jansen ran rampant and took four wickets. Currently, South Africa is at 64 runs for the loss of one wicket and they look like they are in a good position to give India a hefty lead.