Both India and Pakistan are placed in Group 2 and the India vs Pakistan T20 World Cup match is set to be played in Dubai on October 24. 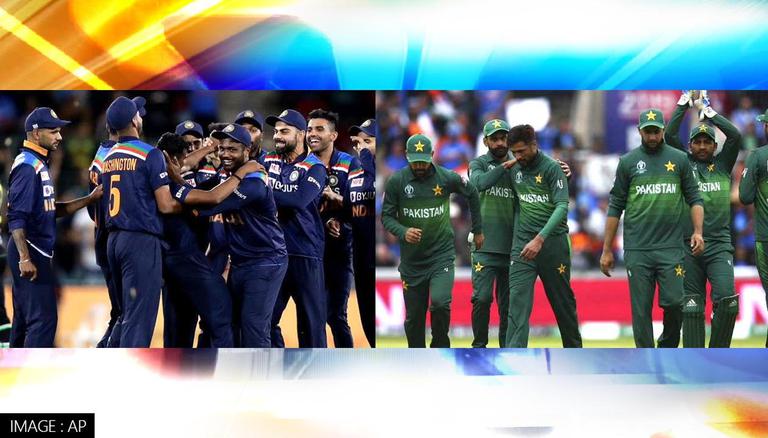 
The India vs Pakistan match is always considered as one of the most anticipated clashes and fans ensure that they don't miss the opportunity to watch the match whenever the chance arises. While the two teams have not played bilateral series for years now due to political tension between two countries, the ICC tournament is one platform where both teams try and give their fans a cracking contest to watch. The upcoming T20 WC in UAE is a chance for fans to witness India vs Pakistan clash and in order to witness the contest they have been trying to get their hand on the tickets, however, not everyone has been able to get one.

Both India and Pakistan are placed in Group 2 and the India vs Pakistan T20 World Cup match is set to be played in Dubai on October 24. According to the Khaleej Times report seats in  General, General East, Premium, Pavilion East and Platinum inside Dubai cricket stadium, have become unavailable on the Platinumlist website, where tickets for the T20 World Cup are being sold.

The report states that as soon as the International Cricket Council (ICC) announced that the T20 WC tickets were on sale, thousands of cricket fans rushed to the website to book their seats. Many were placed in an online queue with tens of thousands of users ahead of them. The estimated wait time was more than an hour.

Coming to the ticket prices on Sunday night, Premium and Platinum tickets were available for Dh 1,500 and Dh 2,600, respectively, for groups of two. But as of Monday morning, both have become unavailable on Platinumlist. All UAE venues will be operating at approximately 70 per cent of the capacity in the World Cup.

All you need to know about T20 World Cup fixtures

The seventh edition of the T20 World Cup will begin with the Round 1 Group B encounter between hosts Oman and Papua New Guinea on October 17, with Scotland and Bangladesh, the other teams in Group B, clashing in the evening match on the same day. Ireland, Netherlands, Sri Lanka, and Namibia — making up Group A - will be in action in Abu Dhabi the next day, with Round 1 matches running till October 22. The top two teams in each group will proceed to the Super 12 stage of the tournament, beginning on October 23.