India Vs England: Prasidh Krishna Added To India's Squad Ahead Of Fourth Test At The Oval

The All-India Senior Selection Committee - based on the request of the team management - has added Prasidh Krishna to India’s squad for the 4th Test, said BCCI. 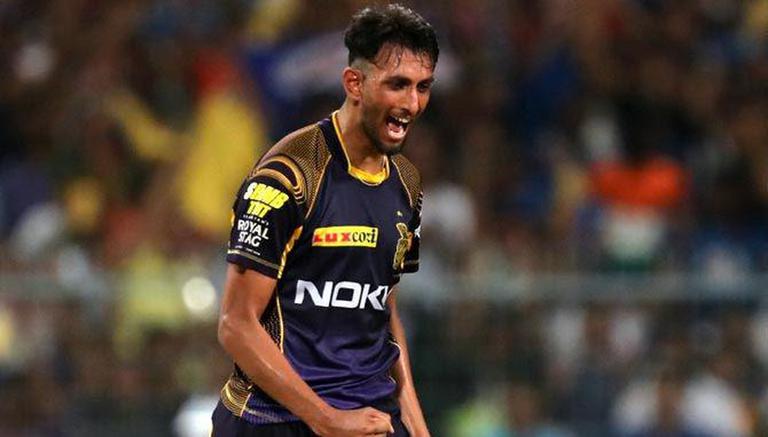 
Indian pacer Prasidh Krishna has been added to the team's squad ahead of fourth India vs England Test, starting tomorrow at The Oval. The player was one of the standby players for the tour. Now he has been drafted into the main team following a request from the Indian team management.

"The All-India Senior Selection Committee - based on the request of the team management - has added fast bowler Prasidh Krishna to India’s squad for the fourth Test. Prasidh, who was on the standby list has been training and travelling with Team India right from the start of the tour. The upcoming Test will be played at The Oval, London from 2nd September." reads a release by the BCCI.

Prasidh Krishna, who was a part of the MRF pace foundation in Chennai during his teenage years, is uncapped in Tests and with the management requesting his inclusion, the player has a fair chance to make his own debut. The pacer has played for India in white-ball cricket, having made his India debut in the home series against England earlier in March this year and has played three ODIs.

🚨 JUST IN: Pacer Prasidh Krishna has been added to India's squad ahead of the fourth #ENGvIND Test, starting tomorrow at The Oval.

As per reports, the management is keen to manage the workload of senior bowlers Jasprit Bumrah, Mohammed Siraj and Mohammed Shami, keeping in mind the upcoming IPL and T20 World Cup.

Ravindra Jadeja's knee injury is not so serious

In good news for the Indian fans, Ravindra Jadeja hasn't been removed from the squad hinting that the knee injury might not be a cause of concern, and the all-rounder will be available for the Oval Test selection.

India vs England: India’s squad for the fourth Test