India Vs Pakistan: ICC Explains Why Both Sides Were Forced To Modify Field In Final Overs

Following the conclusion of the blockbuster India vs Pakistan match, ICC explained why both sides were forced to include an extra fielder in the 30-yard circle. 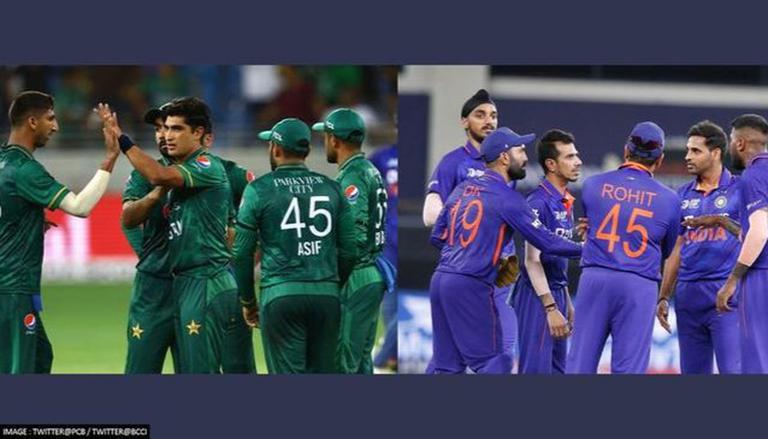 
Following the conclusion of the blockbuster India vs Pakistan match in the ongoing Asia Cup 2022 tournament, the ICC explained why both sides were forced to include an extra fielder in the 30-yard circle in the final few overs of their respective innings. As for the result, the Men in Blue went on to defeat their arch-rivals by five wickets with just two balls to spare.

Both India and Pakistan were forced to include an extra fielder in the 30-yard circle in the last over of the innings after they failed to start the 20th over by the scheduled end of the innings time. The slow over rate rule was introduced in January this year. As for India, they had bowled less than 18 overs in the allotted time, resulting in them having to field with five fielders inside the circle for the final two overs. On the other hand, Pakistan was forced to bowl the final three overs with the same restrictions.

Following the massive victory for Men in Blue, fast bowler Bhuvneshwar Kumar addressed the concern of the slow over-rate in his press conference by stating, "It is one of the points where you can win or lose the match in the last few overs. It was evenly poised but yes, we always talk about the run rate because even in the final of the Asia Cup or in the World Cup, if this happens, we can lose the match, and that’s not a nice way to lose a match. We always address these things and definitely, this thing will be discussed in the next meeting we will have."

This change was recommended by the ICC Cricket Committee in 2021 to help improve the pace of play across all formats. The first match that was played under these new rules was a one-off T20I between the West Indies and Ireland in mid-January. These in-match penalties are in addition to the sanctions for slow over-rate, as explained in Article 2.22 of the ICC Code of Conduct for Players and Player Support Personnel.