The IPL 2021 saw many top Indian and global brands compete with each other to grab eyeballs on the television and the internet, until it was suspended. 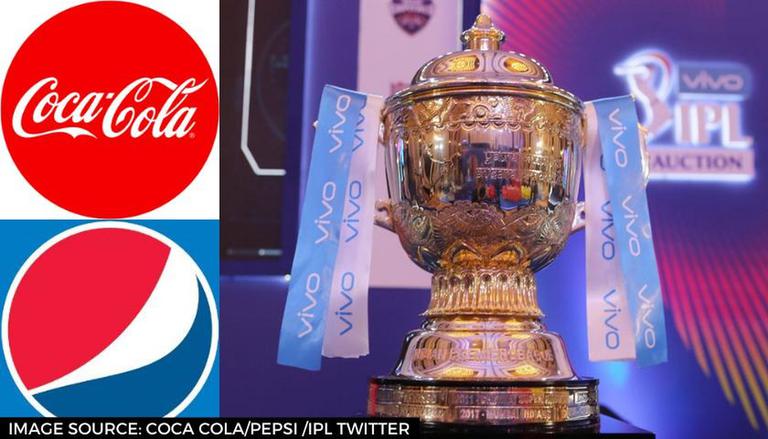 The IPL 2021 began on April 9, just months after the conclusion of the 2020 season and the first match took place between the Mumbai Indians and the Royal Challengers Bangalore. The IPL 2021 was suspended in the mid-season with the last match taking place on Sunday, May 2 between the Punjab Kings and the Delhi Capitals. But according to a report by TAM Sports, Coca-Cola has left behind its arch-rivals Pepsi in the Coca Cola vs Pepsi IPL 2021 advertisement war after the completion of 29 matches.

According to the report by TAM Sports, the overall contribution by the top 5 categories in the IPL 2021 advertisement space was around 33%. This included the categories of Ecom-Gaming, Eco-Education, Aerated Soft Drinks, Ecom-Wallets and Pan Masala with a contribution of 10, 6, 6, 6 and 5 per cent respectively in the ad volumes for the IPL 2021. The beverage brand Coca-Cola and Pepsi were competing in the Aerated Soft Drinks space, which contributed 6 per cent of the overall ad volume.

In the Aerated Soft Drink Category, Coca Cola came at the first position for its ad volume. It was followed by Parle Agro and Pepsi came in 3rd position in the category. This means that the marketing of Coca-Cola had more ad volume than Pepsi during the 29 matches of the IPL 2021. Meanwhile, the top 5 brands that emerged during IPL 2021 advertisement were Dream11, Upstox, Jdmart, PhonePe, and Rajshree Silver Coated Elaichi. These 5 brands contributed a staggering 20 per cent to the IPL 2021 ad volumes with Dream 11 being the most advertised brand during IPL 2020 and 2021. This data was considered across 20 Star Network channels as the IPL broadcasters for the IPL 2021 compared to 19 Star Network channels as IPL broadcasters during the IPL 2020.

VIVO had returned as the title sponsors of IPL 2021 with Star Sports having the media rights to broadcast the tournament. The IPL sponsors 2021 for co-presenting included Dream11, BYJU’s, PhonePe and Justdial. The IPL 2021 was co-powered by Upstox and Vimal Elaichi. Dream11 was also the title sponsor for the IPL 2020 season.

READ | Avesh Khan hopeful of getting a game in England after rousing IPL, ready to fire if asked
READ | Chris Gayle shows off 'biggest' burger of his life as IPL stars quarantine in Maldives
First Published: 10th May, 2021 19:12 IST
SUBSCRIBE TO US