Royal Challengers Bangalore vs Chennai Super Kings: RCB's Virat Kohli has not had the best of IPLs so far but will be looking to turn that around against CSK. 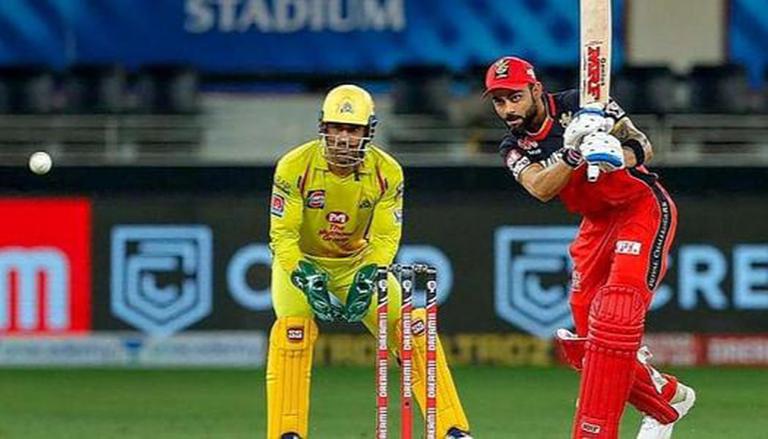 
Chennai Super Kings look set to take on Royal Challengers Bangalore but 32-year-old Virat Kohli hasn’t had the best of IPL seasons in 2021 as he is 17th on the list of leading run-scorers in the tournament. In eight games, the right-hander has managed 203 runs at an average of 29 and a strike rate of 121.55. Having scored only one half-century, Virat has looked far from his very best. However, this match might just be the turning point for him this season. He has had great success against CSK whenever he plays them. Have a look at his overall performance against CSK through the IPL:

Well to start off, the most important fact is that Kohli is the highest run-scorer against CSK in IPL history and that is saying something. He has scored 895 runs in total against them in 27 matches at an incredible average of 40.68. Other than the fact that RCB need to win so that they can boost their chances of grabbing a playoff spot, Kohli needs 66 runs to become the first Indian and fifth overall player to complete 10,000 T20 runs and 105 runs to complete 1000 IPL runs against CSK.

Fireworks in the death overs

Being the highest scorer against a side that has always fielded a tough bowling lineup means that he would have had to score some half-centuries. In total, Kohli has scored eight half-centuries against CSK, with 90* being his highest-ever score against the side. He has a particularly good record against death bowler Dwyane Bravo. In the death overs he has scored 151 runs in just 98 balls at a strike rate of 154.08, so if Kohli manages to get to the end of the innings viewers can definitely expect some fireworks. Kohli has also managed a good strike rate of 127.12 while also hitting a total of 35 sixes against CSK.

There is probably not a single batting list that Virat Kohli would not be at the top end of,  with five centuries from 191 innings he has the second-highest number of centuries in IPL history, just one behind his former RCB teammate Chris Gayle. While all five of his centuries are in the lower portion of hundred, it is always about consistency for the Indian skipper. The ever-reliant Kohli has an average of 37.97 with a strike rate of 130.41.