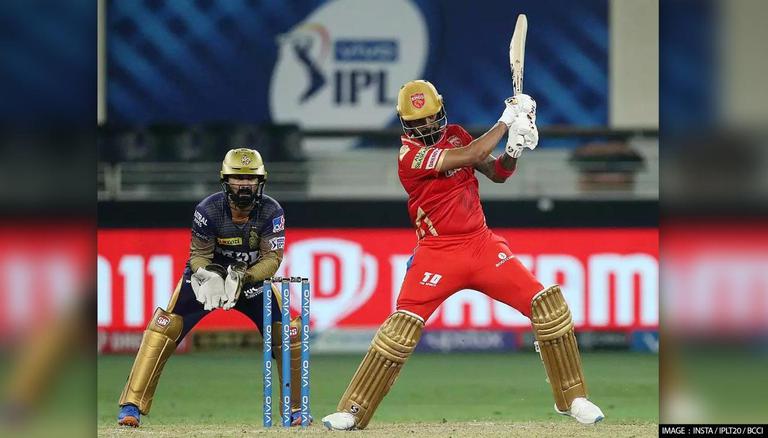 
The KL Rahul led Punjab Kings on Friday huffed and puffed their way to a thrilling 5 wicket win over Kolkata Knight Riders in the IPL 2021 match at Dubai International Cricket Stadium. The KKR vs PBKS was a hard-fought contest with KL Rahul leading the charge for the Punjab team before Shahrukh Khan dragged the team across the finish line with three balls to spare.  The win against KKR also helped KL Rahul PBKS team leapfrog Mumbai Indians on IPL 2021 points table and keep themselves in contention for a place in the IPL 2021 play-off.

Following the man of the match-winning performance against KKR on Friday, Punjab Kings skipper KL Rahul spoke during the post-match presentation about the dilemma he has to face while leaving out promising Indian players. With Chris Gayle deciding to leave the tournament due to bio bubble fatigue PBKS team can now think about giving a domestic chance to shine. KL Rahul, in his statement, said, "These are things that kill me as a captain - leaving out young Indian boys. Chris has left the bubble, so we had to make a few changes to see what would be our best XI. But we go to Sharjah for the next game, and we'll see."

Punjab Kings boosted their chances of making the IPL play-offs with a five-wicket win over Kolkata Knight Riders as effective death over bowling and smart batting by skipper KL Rahul and Shahrukh Khan shaped their crucial victory in the Indian Premier League here on Friday. Rahul scored 67 runs off 55 balls and shared a 70-run stand with fellow opener Mayank Agarwal (40), knocking off a 166-run target with three balls to spare.  Shahrukh Khan produced an impactful 9-ball 22-run knock when it mattered and finished the match with a six. Venkatesh Iyer hit a fluent 67 while Nitish Rana produced a fiery 31 off 18 balls before Punjab Kings managed to stop KKR at 165 for seven.

READ | IPL 2021: Yuzvendra Chahal picks up gun ahead of RCB vs PBKS match; says 'My target is set

Punjab moved to fifth in the table with 10 points while KKR stayed in fourth with the same number of points. Punjab's win also ensured a play-off berth for Delhi Capitals, who became the second to qualify after Chennai Super Kings.

READ | IPL 2021, KKR vs PBKS: Fans react as Venkatesh Iyer bats without helmet: 'He has swagger'