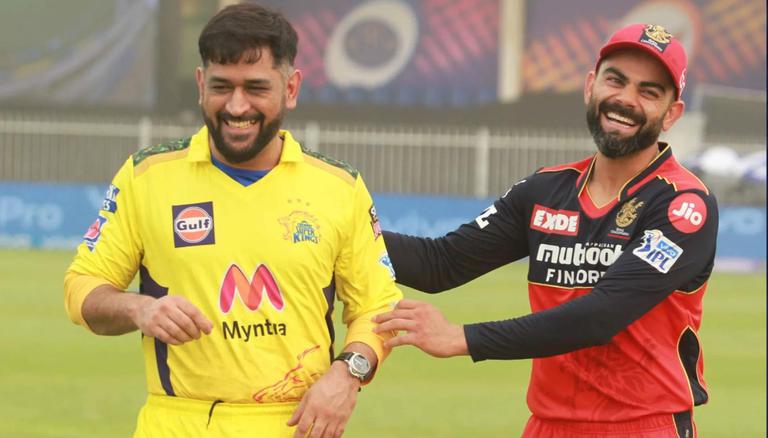 "Anddddd the king is back the greatest finisher ever in the game. Made me jump Outta my seat once again tonight.@msdhoni" Virat Kohli tweeted.

Anddddd the king is back ❤️the greatest finisher ever in the game. Made me jump Outta my seat once again tonight.@msdhoni

The Chennai Super Kings had a great start to the chase but lost quick wickets towards the end. They needed 24 runs off the last 11 balls when an out-of-form MS Dhoni make the big decision of taking the pitch ahead of Ravindra Jadeja.

The 40-year-old missed the first ball but flared up by scoring 18 off the next 5 deliveries to guide the Super Kings to a record ninth IPL final.

Speaking at the post-match presentation ceremony, MS Dhoni said that it was very important for him to perform and that his innings was a crucial one.

"My innings was a crucial one. Delhi has a very good bowling attack. They exploited the conditions well, so we knew it would be tough. I've not done a lot in the tournament, so wanted to look for the ball and see what the bowler can do. I was batting well in the nets. But wasn't thinking too much, if you think too much while batting then you mess your plans up".

While CSK now move to the finals, all is not over for the Delhi Capitals. Rishab Pant's men will be in action during Qualifier 2 and will square off against the winners of the 'eliminator' on Monday. The eliminator will see Eoin Morgan's Kolkata Knight Riders lock horns against Virat Kohli's Royal Challengers Bangalore at the Sharjah Cricket Stadium.

This match will be a decisive one for Virat Kohli, who earlier announced that this would be his last season as the captain of the Bangalore based franchise. If RCB do lose, it would not only mean they crash out of the IPL 2021, but it also would mark the last game of Virat Kohli as their skipper.