Ahead of the resumption of IPL 2021 Phase 2, various franchises have announced their replacements who will be available for the tournament in the UAE 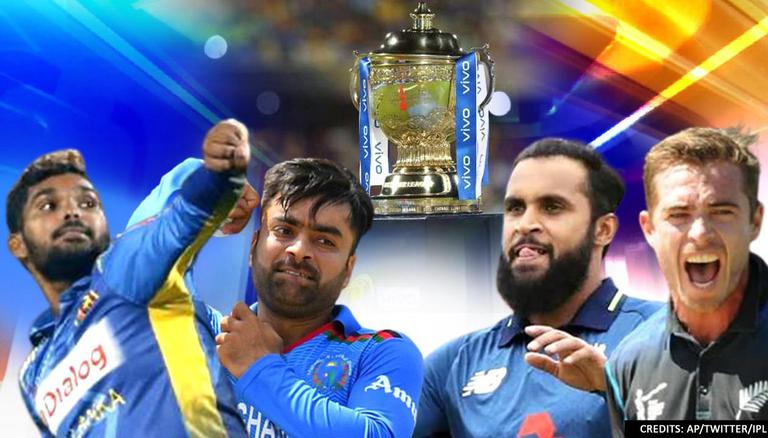 
With less than a month to go for the resumption of the Indian Premier League (IPL) 2021, franchises of India's sports extravaganza have almost finalised their teams. IPL 2021 Phase 2 is taking place in the UAE where ICC Men's T20 World Cup is also about to take place. Ahead of the resumption of IPL 2021 Phase 2, various franchises have announced their replacements who will be available for the tournament in the UAE. Interestingly, cricket fans will be seeing the top 6 bowlers of the ICC ICC T20I bowler rankings playing in the IPl 2021 phase 2. Here is the list of the top 6 bowlers in the ICC T20I bowler rankings who will be playing in the second phase of IPL 2021.

Tim Southee, who stands at 6th position on the ICC T20I bowler rankings, has been picked as a replacement for Pat Cummins by the Kolkata Knight Riders (KKR) for the remainder of the Indian Premier League (IPL) 2021 season.

Pat Cummins made himself unavailable for the IPL 2021 Phase 2 due to personal reasons. Southee comes in with a vast experience of 305 international games for the Kiwis with 603 wickets.

Brendon McCullum, Head Coach of KKR while speaking to media, said “We are delighted to have Southee in our ranks. He is a proven match-winner and welcome addition to the already strong pace attack of KKR. With Cummins being unavailable we wanted to add experience and leadership to our bowling group and Southee is the ideal man for the job."

Mujeeb Ur Rahman, currently at number 5 on the ICC T20I bowler rankings, was bought by the SunRisers Hyderabad (SRH) during the IPL 2021 auctions. Before the SRH, Mujeeb Ur Rahman played for the Punjab Kings (then Kings XI Punjab) and impressed many cricket experts through his bowling skills. Notably, SRH already has Mohammad Nabi and Rashid Khan in their mix. Mujeeb was bought by Hyderabad at his base price of 1.5 crores. The participation of Mujeeb has not been confirmed yet seeing the ongoing crisis in Afghanistan, however, he is likely to play the cricket extravaganza in the UAE.

The 33-year-old, English leg-spinner was the leading wicket-taker for the Northern Superchargers in the inaugural season of The Hundred, with 12 wickets to his name. Rashid also boasted an economy rate marginally above seven in that franchise tournament.

READ | 'We will get the third': Hardik Pandya confident of Mumbai Indians making it an IPL 3-peat

Rashid Khan, currently at number 3 on the ICC T20I bowler rankings, will be playing at the second leg of IPL 2021 in the UAE. Amidst the ongoing crisis in Afghanistan, the participation of the 22-year-old leg spinner was not confirmed. However, SRH CEO K. Shanmugam said the two Afghanistan players (Mohammed Nabi & Rashid Khan) will be a part of the IPL in the UAE. "We haven't spoken on what is happening at present, but they are available for the tournament," he said.

Sri Lanka's leg-spinner Wanindu Hasaranga, who holds the second position on the ICC T20I bowler rankings, was recently announced as a replacement for Australia's Adam Zampa by the Virat Kohli-led team Royal Challengers Bangalore (RCB). In the recent three-match T20I series against India in Sri Lanka, Hasaranga bagged a total of 7 wickets, including a 4-wicket haul in the final T20I. Hasaranga was also the Player of the Series in the recently concluded Sri Lanka-India T20I series.

South Africa's Tabraiz Shamsi, the topper in the ICC T20I bowler rankings, was recently announced as a replacement of Australia's Andrew Tye in the Rajasthan Royals squad. Shamsi will join a strong wrist-spin contingent in the Royals squad that includes legspinners Shreyas Gopal, Mayank Markande, and Rahul Tewatia, alongside Riyan Parag. This will be the second stint for the South African cricketer in the IPL.