Is Pat Cummins Finger Cut? Fans Query Online As To What Happened To Pat Cummins 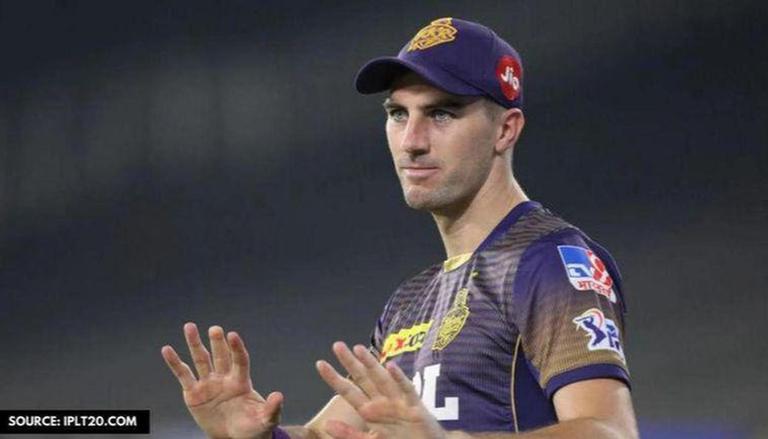 Pat Cummins, Australia's fast bowling superstar, has frequently been in the limelight for his exploits with the ball. The 28-year-old has excelled for his country in all forms of the game. The speedster is presently ranked first in the ICC Men's Test bowling rankings. Moreover, his superlative performances have made him a lucrative pick in the Indian Premier League as well, where he currently is one of the highest-paid players. It is fascinating for many that the player has been able to achieve glorious success despite sustaining an unusual injury in his childhood. Is Pat Cummins finger cut? Here we reveal more details regarding his freak injury.

The Australian international faced his first injury setback when he was just four years of age. The champion cricketer mentioned his finger injury on athletesvoice.com and revealed more details regarding the same. The player stated that the unfortunate incident took place after a family friend dropped him back home after pre-school. Cummins pointed out that she had given her a total of five lollipops as well, one for him and the others for his four brothers and sisters.

An excited Cummins went to her sister to give her the candy. The fast bowler revealed she was in the washroom when he went to give her the lollipop. He went on to open the door, which is when his sister instinctively shut the door, not knowing that his hand was still there. The bowler recalled how the top of his middle finger fell off and he could even see the bone sticking out. He then had to undergo surgery, where physicians shaved off the top of his bone.

Cummins also mentioned how after the operation, his father wondered after the operation if he would still be able to bowl or not. Despite the injury, the talented cricketer has gone on to establish himself as the spearhead of Australia's star-studded bowling line-up. He also reckoned that his fellow teammates often joke that he is being able to get more control on the ball because both his bowling fingers are of the same size. Because of his finger injury, Cummins feels that he has to grip the cricket ball a lot tighter than others. The same has not had an impact on the Pat Cummins bowling speed as he regularly bowls around mid-140 kmph.

READ | MS Dhoni might wonder about his retention in IPL 2022 by CSK, reckons Aakash Chopra

The star fast bowler is a part of the Kolkata Knight Riders side in the 14th edition of the Indian Premier League. Cummins played 7 games this season, in which he picked up 9 wickets at a decent economy rate of 8.83. Moreover, he also contributed with the bat by slamming a stunning half-century against Mumbai Indians. The Pat Cummins IPL 2021 stint was halted abruptly as the tournament was suspended after multiple franchises reported a bio-bubble breach.

READ | Mumbai Indians and CSK have THIS remarkable May 27 connection, IPL 2021 fans shocked

Australian cricketer Pat Cummins became the talk of the town in India last month after he promised to donate $50,000 to PM-CARES Fund to support the country's fight against COVID-19. He revealed that he has "ended up allocating his donation" to UNICEF Australia. Cummins took to social media on Monday, where he revealed that he has donated the money to UNICEF Australia's 'India COVID-19 Crisis Appeal', an initiative started in partnership with Cricket Australia and the Australian Cricketers' Association (ACA) to help tackle the ongoing crisis in India. Here is the Pat Cummins donation tweet -

If you're able to, please join many others in supporting this here https://t.co/SUvGjlGRm8 https://t.co/1c0NE9PFdO

Disclaimer: The above Pat Cummins net worth 2021 information is sourced from various websites and media reports. The website does not guarantee a 100% accuracy of the figures.