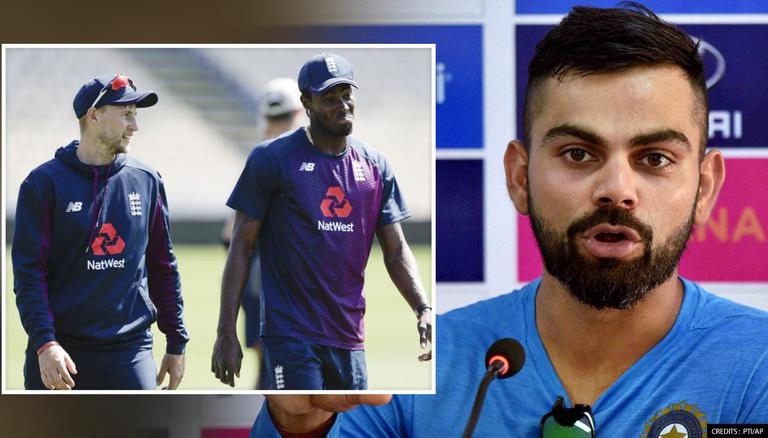 
Whenever there is a talk about the world's highest-paid athletes, Indian skipper Virat Kohli finds his name on top of the list in terms of cricketing riches. Kohli might be the richest cricketer out there, but he is not the highest-paid international captain. Yes, despite all the wealth that he has accumulated by playing the game at the highest level, Kohli features second on the list of highest-paid international cricket captains in the world. England Test skipper Joe Root draws more salary than his Indian counterpart.

According to reports, the Indian skipper, who plays in all three formats, has a Grade A+ contract with the BCCI, which pays him Rs. 7 crore in annual salary. Meanwhile, Joe Root earns £7,00,000 annually (Rs. 7.22 crore approx) in the form of salary from the ECB. In fact, England pacer Jofra Archer receives more payment for playing for his country than the Indian skipper, who is arguably one of the best modern-day batsmen in the world. Aussie Test skipper Tim Paine receives over Rs. 5 crore in annual salary from Cricket Australia.

Virat Kohli was the only cricketer on the Forbes list of the world's highest-paid athletes in 2020. Kohli earns more from brand endorsements and IPL appearances than he does while playing for India. Kohli reportedly draws a whopping Rs. 17 crore from his IPL contract with Royal Challengers Bangalore (RCB). However, the story of Kohli getting less payment than the England captain is garnering attention because of the revenue that BCCI generates each year thanks to the love for cricket in India and the massive fan following these superstars of the game enjoy.

Meanwhile, Pakistan skipper Babar Azam and his Sri Lankan counterpart Dimuth Karunaratne make less money than other captains amongst the top-eight Test-playing nations. The Pakistan Cricket Board (PCB) pays Rs. 62 lakh per year to Babar Azam for his role as captain of the country, while the Sri Lankan board pays Rs. 51 lakh to Karunaratne annually. Azam recently dethroned Kohli as the world's number 1 ranked ODI batsman. Protea skipper Dean Elgar, Kiwi Kane Williamson, and West Indies skipper Kraigg Brathwaite are placed number 4, 5, and 6 respectively on the list of highest-paid captains.

READ | MS Dhoni or Virat Kohli? Avesh Khan diplomatic on whose wicket he savoured in IPL 2021