Justin Langer suggested whenever the team selection meeting is held, it becomes difficult for them to shortlist players because of the abundance of talent. 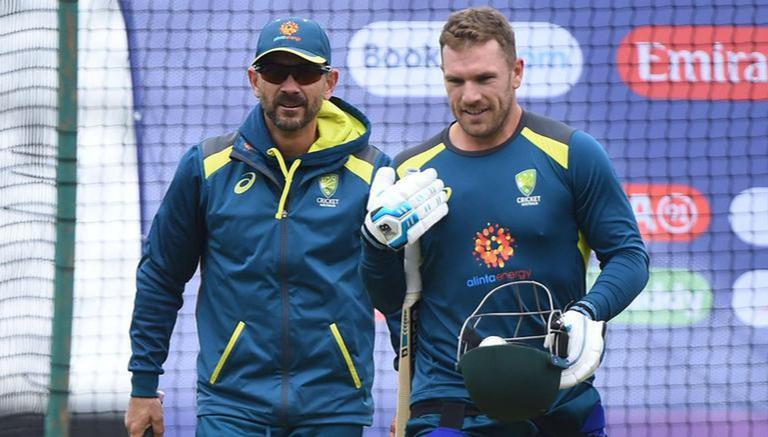 
In terms of bench strength in white-ball cricket, Australian head coach Justin Langer believes his team is not lagging behind India and England. Following Australia's humiliating defeat against the West Indies in the recently concluded T20I series, Langer was asked if the country lags behind India and England in terms of short-form talent. Langer denied by saying that Australia is on par with top teams and that there is no shortage of talent. The former cricketer-turned coach suggested whenever the team selection meeting is held, it becomes difficult for them to shortlist players because of the abundance of talent.

"No, I don't actually. I came out of the T20 series with some real perspective. Our guys hadn't played any cricket for three months and it's so hard to come off no cricket – you can have as many nets as you like, you can have practice games, but you can't (simulate match practice). The West Indies had come off a series against South Africa, they were a bit more battle-hardened," Langer said in a statement to cricket.com.au.

"I thought there were some really good signs, we were close in that series, we were close in that first (T20I). There were some really good signs coming out of that I thought. Every single time we have a selection meeting - it's so hard in Australian cricket, because there's so many guys you could pick. That's really positive. There's no way I'd say we're behind India and England in terms of talent. We've just got to get them some experience," Langer added.

The Australian team visited West Indies for a five-match T20I series and three-match ODI series. West Indies handed Australia a humiliating defeat in the shortest format as it won the series 4-1 despite missing its captain Kieron Pollard due to injury concern. Australia was also missing a number of key players, including David Warner, Pat Cummins, Glenn Maxwell, and Steve Smith. Australia, on the other hand, was the better-looking team on paper and had entered the series as favourites. After a tough fight from the hosts, Australia went on to win the ODI series 2-1.

India and England, on the other hand, have recently completed ODI series victories over Sri Lanka and Pakistan, respectively. Both India and England used their second-string teams against their opponents and went on to win the series, an advantage that the Australian team appears to be lacking as of now. However, coach Langer believes Australia has enough bench strength to compete alongside the mighty Indian and English sides, a claim very hard to justify when the team loses 4-1 against a bottom-ranked side.

READ | Justin Langer loses AFL bet to Mitchell Marsh, made to 'kit up' for Australia's warm-up