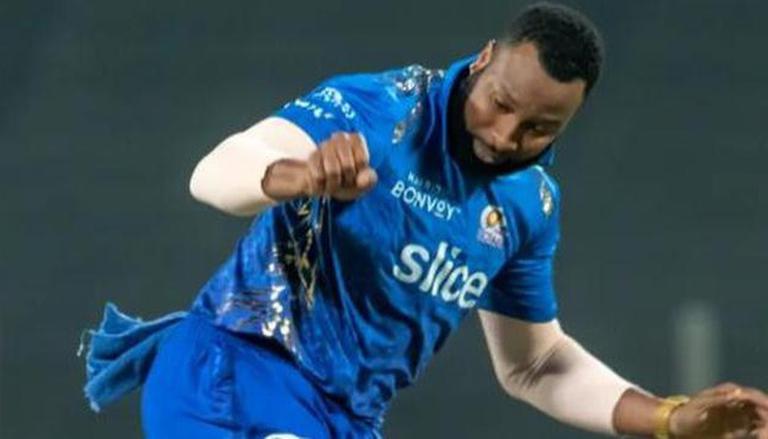 
Kiron Pollard had a poor IPL 2022 season for Mumbai Indians which saw him losing his place in the Playing 11. The West Indian was retained by Mumbai Indians for IPL 2022 season to add solidity to the middle order. However, Pollard did not live up to the billing as he scored just 144 runs in 11 matches. Cricket commentator Aakash Chopra recently criticised Kieron Pollard's performance and said that Mumbai Indians can release him. The former West Indies captain hit out at Chopra for his comment.

Kieron Pollard replied to Aakash Chopra's comment with a tweet asking him if “fan base and followers” have increased. However, the cricketer went on to delete the tweet. Aakash Chopra while speaking on his Youtube channel had earlier said, “I think we have seen the last of Kieron Pollard. ₹6 crores will be released if they don’t retain him. I think they can let Murugan Ashwin (₹1.6 crores) go as well. I am not sure about Jaydev Unadkat (₹1.3 crores) but they can definitely say bye-bye to Tymal Mills (₹1.5 crores),”.

Following the dismal IPL 2022 campaign Kieron Pollard had taken to social media and shared a post where the West Indian all-rounder stated that the 2022 season was a learning curve for all the stakeholders of the Mumbai Indians franchise. Kieron Pollard wrote, "As I walk and look back at a disappointing season for us as a team and myself as an individual, we know deep down how much it has hurt but it didn’t derail the spirit, determination and hard work that was put in by every single person. We definitely learnt a lot from this 2022 season."

He further added: "Does that define us as a team or individuals hell no. We march on with our heads still held high knowing we have life and the opportunity to change things around .mumbaiindians and fans we move on say bye 2022 season."

As far as Mumbai Indians' performance is concerned, the five-time champions have failed to make it to the playoffs this season after witnessing one of the worst starts to their IPL campaign. Mumbai finished at the bottom of the IPL 2022 points table with only three wins in 14 matches.