There were a few football players who disagreed with Lionel Messi winning his 7th Ballon d'Or including Toni Kroos, Lothar Matthaus & Casillas to name a few. 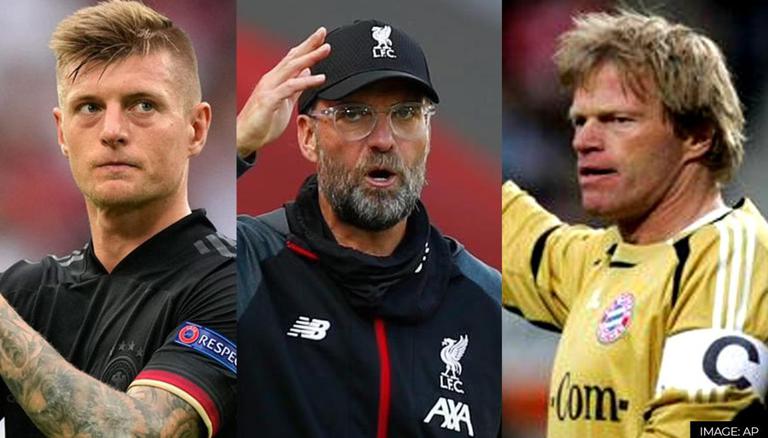 
On Monday night in Paris, Lionel Messi was announced as the winner of football's most prestigious award, the Ballon d'Or 2021. It was a record-extending seventh award for the Argentine sensation as he pipped the likes of Bayern Munich star striker Robert Lewandowski and Real Madrid's Karim Benzema.

However, there are a few former and current players and coaches who feel that Messi should not have been awarded this year's Ballon d'Or, including Toni Kroos, Iker Casillas, Lothar Matthaus, Oliver Kahn and Jurgen Klopp.

After the decision was announced, Toni Kroos said that Messi did not deserve the award. He added that while Messi and Cristiano Ronaldo have been the best players over the last decade, this year there were other players who deserved it more. Kroos said on his podcast:

“It is absolutely not deserved. There is no doubt that Messi, with Cristiano, has been the player of the last decade, but this year there should've been others ahead of him."

Former World Cup-winning captain Iker Casillas, too, was not happy with Messi's selection. He wrote on Twitter:

"It is increasingly difficult for me to believe in football awards. Messi is one of the best but you have to know who is the most outstanding player after the season. It's not that hard."

Legendary German midfielder Lothar Matthaus said that amongst all the players named this season, no one deserved it more than Robert Lewandowski and spoke about all the sensational achievements that the Polish striker achieved and said that he surpassed every player, both nationally and internationally.

"Honestly, I don't understand anything anymore. With all due respect to Messi and the other great players named, none deserved it as much as Lewandowski. France Football didn't award the prize last year, and if only because of all the titles that Robert has won with Bayern 2020, he is unrivalled not only in the last two years. But even if you only take 2021 into account, he was better than the rest. He broke Gerd Muller's record of the century, is again top of the top scorer's list in every competition and has surpassed everyone nationally and internationally this year as well," Matthaus told Sky Germany.

"Do not ask me, it’s your fault then!" Klopp joked when initially asked about the results by one reporter in a press conference as quoted by the Daily Mail.

"If you think he should be higher up then you should convince your colleagues. You can always give it to Lionel Messi for the career he has had and the footballer he is but if you don’t give it Lewandowski this time then it’s quite tricky to get it at all. Yes, Mo should definitely have been higher up," Klopp said.

Oliver Kahn. Bayern CEO, who appeared twice on the Ballon d’Or podium as a player, also spoke about Lewandowski's plaudits and how he deserved it more than Messi. He said that the Polish striker has been performing at the topmost level for the past few years. He then added that Lewandowski will continue to challenge for the Ballon d'Or and even without one he is already in the 'Olympus' of footballing great.

"Lewandowski would have deserved both the Ballon d'Or and his top scorer trophy because he has performed absolutely at the highest level for years. Congratulations to Lionel Messi! Even without the Ballon d'Or, Lewy made it to the Olympus of soccer greats a long time ago. He will continue to be a candidate (for the Ballon d'Or) in the coming years," Kahn told Sky Germany.