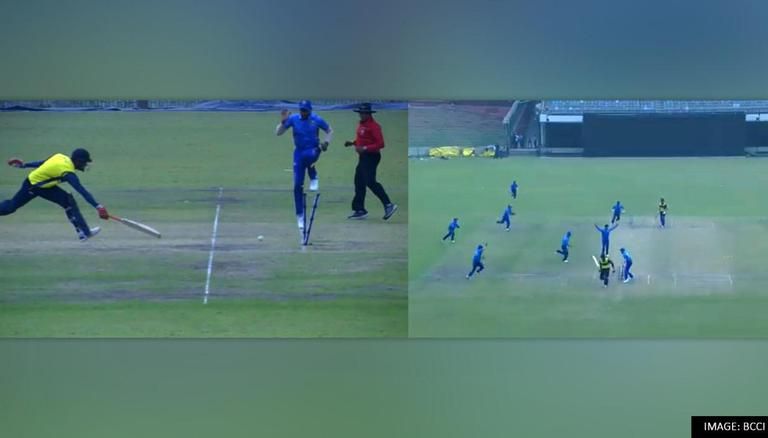 
Bengal needed 1 run off 1 ball to seal a berth in the Syed Mushtaq Ali Trophy semi-final when Karnataka captain Manish Pandey's direct throw hit the stumps and caught Bengal's Akaash Deep well short of his crease to take the game into a Super Over.

Karnataka leg spinner KC Cariappa was tasked with bowling the super over, and conceded only five runs. With Karnataka needing six to win, skipper Manish Pandey took two off the first ball before smashing one home over deep mid-wicket to book a spot in the semi-finals of the Syed Mushtaq Ali trophy.

Going into the game, Bengal won the toss and chose to put Kartakata to bat first. Karun Nair with his unbeaten 55 in 29 balls along with Rohan Kadam (30) and skipper Manish Pandey (29) got Karnataka to a defendable total of 160.

During the chase, Writtick Chatterjee scored a 51-ball 40 but got not much support from the other end, it was then Ritwik Roy Chowdhury who scored a brilliant cameo of 36 off 18 balls to bring the game close, and in the end, the team needed just one run off the last ball to secure victory but Manish Pandey's direct hit saw the game go into the super over which Bengal eventually lost.