Former South African cricketers Dale Steyn and Albie Morkel were among those who turned to social media to heap praise on the youngster. 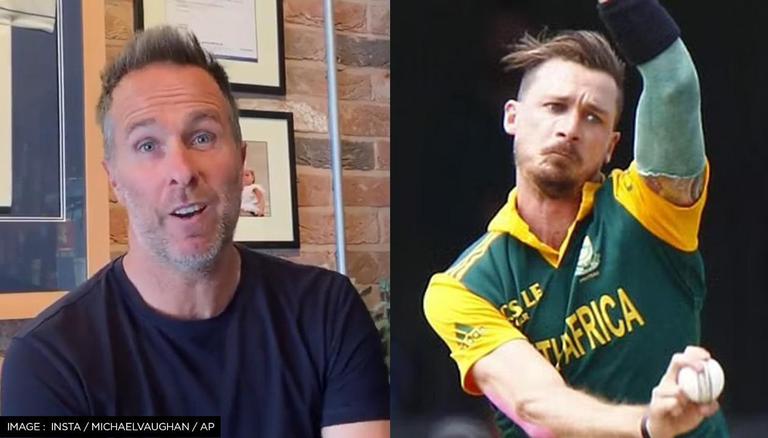 
South African batter Tristan Stubbs played an incredible knock to announce himself on the big stage on Wednesday. Stubbs, who played his first international innings against England in the opening T20I on July 27, impressed one and all as he scored 72 off 28 balls. His innings included two boundaries and eight maximums, which he smashed with a strike rate of more than 250. Taking note of his excellent performance in his first international outing for the Proteas, former cricketers took to social media to laud the 21-year-old.

Former South African cricketers Dale Steyn and Albie Morkel were among those who turned to social media to heap praise on the youngster. Former England captain Michael Vaughan also praised Stubbs for his incredible knock against England in the first T20I. Steyn and Vaughan said that Stubbs has the potential to entertain the world cricket for the next 10 years or so, adding that he is a superstar in the making.

Next 10 plus years the world will be entertained.

not so long ago i said Stubbs will a entertain people. what a serious innings so far. bright future

Stubbs, who made his international debut against India in June this year, came to bat when South Africa were struggling at 136/5 in 14 overs in their chase of 235 runs. Stubbs took matters into his own hand and scored a quickfire 72 off just 28 balls. The right-handed batter reached his maiden T20I half-century in just 19 balls. Stubbs helped the Proteas close in on the target before he was dismissed by Richard Gleeson in the 19th over. South Africa ultimately lost the game by 41 runs but Stubbs managed to make an impression on the world stage.

READ | Why England vs Germany final could be the ultimate blockbuster clash in Women's Euro?

As far as the match is concerned, South Africa won the toss and elected to field first at the County Ground in Bristol. England posted a mammoth total of 234 runs in the first innings courtesy of an amazing knock from Jonny Bairstow, who hit 90 off 53 balls. Moeen Ali scored a half-century to his name as he finished with 52 off just 18 balls. Dawid Malan also contributed to the total as he scored 43 off 23 balls. Captain Jos Buttler scored 22 off 7 balls.

South African pacer Lungi Ngidi picked a five-wicket haul, while Andile Phehlukwayo scalped one wicket. In the second innings, Reeza Hendricks scored 57 off 33 balls, while Henrich Klaasen contributed with 20 off 14 balls. Stubbs and Phehlukwayo forged a crucial partnership for the visitors before they were dismissed by Gleeson. South Africa were eventually restricted to 193/8 in 20 overs. Moeen Ali was named the player of the match for his all-round performance.

READ | Who is Tristan Stubbs? SA hand debut to 21-year-old, who played for MI in IPL 2022
SUBSCRIBE TO US