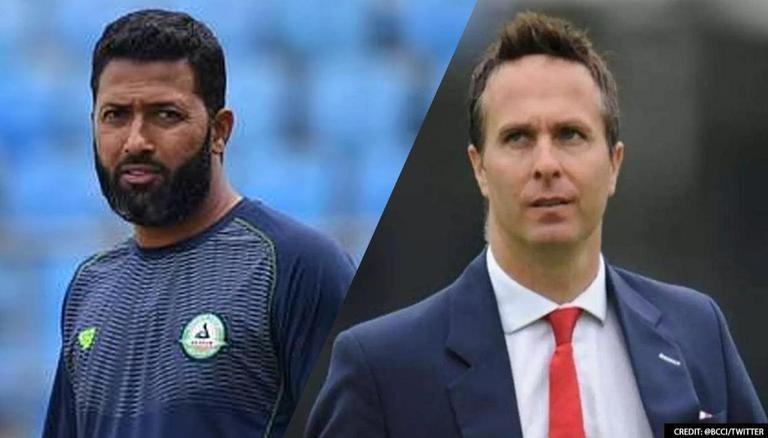 Former England captain Michael Vaughan has made a habit of grabbing headlines through his tweets and predictions. The Englishman who is pretty blunt with his comments never shies away from speaking his mind. Moreover, Vaughan is always up for a badinage on Twitter.

On the other hand, a new Twitter sensation has emerged in the last few months in the form of former Indian opener Wasim Jaffer who has been in the news for sharing hysterical memes and giving befitting replies to the critics of the Indian team. The Wasim Jaffer Twitter account is a testament to his quick-wittedness. The two former cricketers were recently involved in an entertaining Twitter banter which left fans in splits.

Vaughan was recently asked to name one cricketer that he would like to block on social media. To which he replied 'Wasim Jaffer', which didn't come as a surprise considering the regular repartee between the two. The former Indian cricketer took the opportunity to troll Vaughan as he shared a photo of the Indian team celebrating after their win over England in a Test series in 2007. However, it was the caption of the post that stole the show and left fans in stitches.

Vaughan certainly wasn't going to let Jaffer get away with the cheeky comment. Taking to Twitter, the English veteran took a cheeky shot at the Indian batsman. Referring to Jaffer's wicket he took in a 2002 Test, Vaughan wrote that he won't block Jaffer because he cannot ever block someone who was dismissed off his 'filthy' off-spin bowling.

Recently, the BCCI had forwarded a written request to the English board asking for the Test series between India and England to be rescheduled to start a week earlier in order to complete the remainder of the IPL 2021. Vaughan came up with a simple solution which according to him might benefit both BCCI as well as ECB. Taking to the micro-blogging site, the Englishman wrote that Team India must look forward to playing its first Test match a week earlier than scheduled, after which he added that no England Test players would then potentially play The Hundred.

Simple solution .. Play the First Indian Test a week earlier .. No England Test players would then potentially play the 100 so Fringe Indian Test players replace them .. Then the IPL can finish .. Good deal all round .. #ENGvIND