Mitchell Starc last played in the Indian Premier League way back in 2015. He was one of the key bowlers for Royal Challengers Bangalore in the 2015 season. 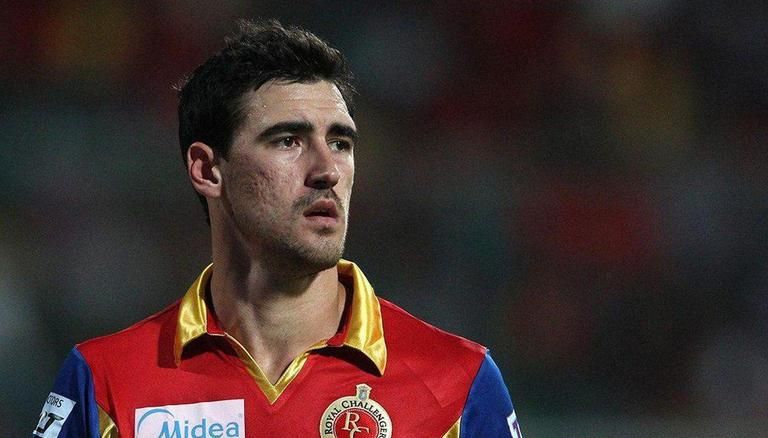 
Australian pacer Mitchell Starc has indicated his willingness to register for the upcoming IPL 2022 mega auction. Starc told cricket.com.au that he is considering putting his name up for auction and that he just has two days to complete his paperwork. The fast bowler, who played 27 games for Royal Challengers Bangalore between 2012 and 2015, said he wanted to return to the IPL after six years to focus on T20Is in preparation for the upcoming T20 World Cup, which will be held in Australia.

"I've got two days to get my paperwork in, so that might be something to do today before training. I've not put my name down just yet, but I've got a couple more days to decide on that. It's certainly on the table regardless of what the schedule has got coming up. I haven't been for six years or so. Obviously, with a heavy weighting towards T20s over the last period of time and the World Cup coming up later this year, that's one to take into consideration as well, (sic)" Starc was quoted as saying by cricket.com.au.

"There's a bit going on with scheduling and what-not to get our heads around, certainly for us multi-format players. The schedules are quite jam-packed when you throw in all the tours, we've got a couple of white-ball series post the Ashes before that Pakistan tour, then you take into consideration the IPL and the Sri Lanka tour after that. So it's a massive six months of cricket for everyone, (sic)" Starc added.

Mitchell Starc last played in the Indian Premier League way back in 2015. He was one of the key bowlers for Royal Challengers Bangalore that season. However, the fiery left-arm pacer parted ways with the RCB in 2017 in order to focus on international cricket. Starc was bought by Kolkata Knight Riders in 2018 but he couldn't take part in the lucrative competition due to an injury. Starc has 34 wickets from the 27 matches he has played in the IPL.

Starc is a member of the Australian team that won the Ashes series against England. In the ongoing Ashes series, Starc has been essential for Australia with both the bat and the ball. However, now that the Ashes have been won, Australian selectors are considering leaving Starc out of the fifth and final Test to give him a break before the white-ball series against New Zealand and Sri Lanka. Starc, on the other hand, has said he would like to play the pink-ball Test in Hobart. Starc has an impressive pink-ball record. He is the only bowler to have reached 50 wickets in the format.

WE RECOMMEND
England planning to restrict players' participation in IPL amid Ashes humiliation: Report
IPL 2022: Tata Group to replace Chinese phone maker Vivo as title sponsor this year
IPL 2021's most expensive player Chris Morris announces retirement from cricket
IPL: As Hardik Pandya set to be appointed as Ahmedabad captain, fans call it 'apt choice'
IPL: David Warner provides details on sacking as SRH captain; 'What hurt me the most...'
Listen to the latest songs, only on JioSaavn.com