The five-match series between India and England is currently poised at 1-1 after the Virat Kohli-led side was humiliated at Headingley in the third Test. 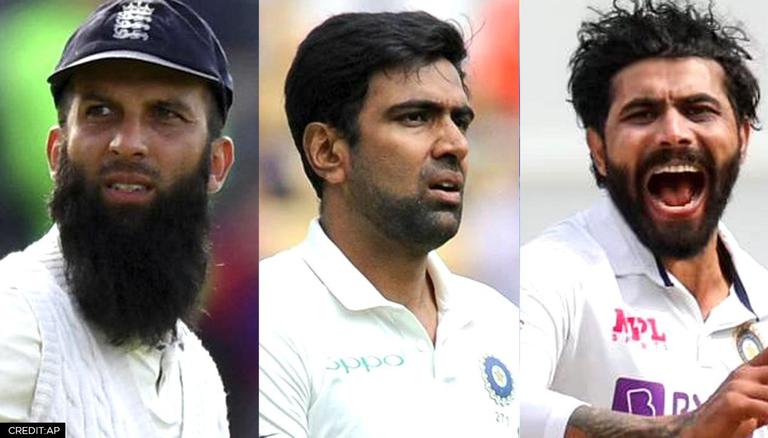 
England vice-captain Moeen Ali has backed Ravichandran Ashwin's inclusion in the fourth Test, saying "I am sure he will be considered tomorrow". Moeen, while speaking to the press ahead of the fourth Test match at The Oval, said Ravindra Jadeja is one of the best cricketers going around in international cricket at the moment, however, he feels Ashwin will be included in the playing XI for the next game.

"Yeah Ashwin's a little bit maybe but I also feel Jadeja is an amazing cricketer, one of my favourite cricketers in the world and I would always have Jadeja in my team no matter what. And I think, India after winning at Lord's would have gone with four seamers, so I thought Jadeja did a great job as well. he is batting really well I think. I am sure Ashwin has been considered and he will be considered going into tomorrow's match," Moeen said in his virtual press conference.

Since India's starting XI for the first Test was revealed, there have been appeals for Ashwin to be included in the team. When India lost the third Test against the hosts, the clamour for Ashwin's participation in the team became stronger, with both netizens and experts demanding his inclusion. Ashwin last played a Test for India in June, when India locked horns against New Zealand in the final of the World Test Championship.

#INDvENG Its time to rest Ajinkya and get @surya_14kumar.instead of playing four fast bowlers get in ashwin and if i was the captain I will talk to every individual players regarding the middle order batsmen and boost their confidence

Are we going to see @ashwinravi99 at all on the field in this series? Is @y_umesh a net bowler only? pic.twitter.com/BKE5NFG0lR

If they don't pick ashwin the Joe root can guarantee another century. Can you Pls tell me who's that wise man who dropped ashwin. He should be given Khel Ratna award for his wisdom.

The five-match series between India and England is currently poised at 1-1 after the Virat Kohli-led side faced a disastrous loss at Headingley in the third Test. Following a draw in the first match, India was able to take the series lead thanks to some incredible bowling efforts at Lord's. Meanwhile, on Headingley, India lost the match by an innings and 76 runs, providing England the much-needed series equalising win.