England all-rounder Moeen Ali has said that he is not surprised by Yorkshire cricket's racism scandal and expects more stories regarding the same. 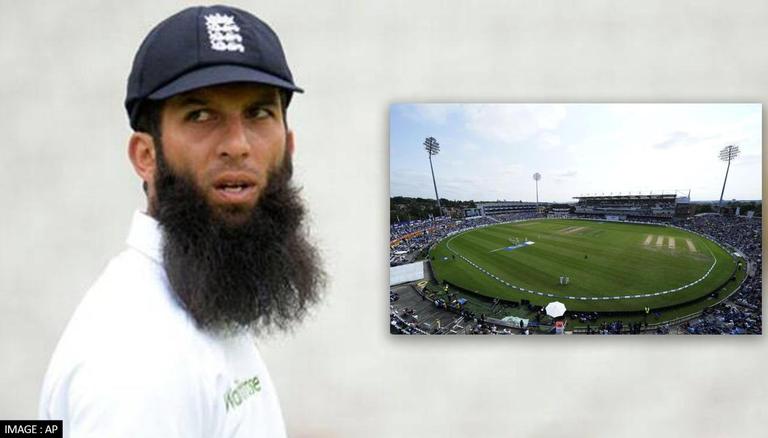 
Star England all-rounder Moeen Ali has said that the stories about Yorkshire Cricket's racism have not surprised him by any means. Ali's remarks came days after Azeem Rafiq, who is an English cricketer of Pakistani descent had accused the cricket club as well as his former Yorkshire teammates of racism. Several high-profile figures including the 2005 Ashes-winning captain Michael Vaughan, have been drawn into the debate.

“I wouldn't say I'm surprised but there's probably more stories out there that people haven't heard of. I won't be surprised if more do come out but I think the fact it's come out, it's great because going forward you can't just come into the game or any sort of sport or walk of life, people have to think about what they can or can't say in terms of discriminating against people and knowing what people feel and go through", said Moeen Ali while speaking to Evening Standard.

Azeem Rafiq had first made the allegations of racism against the club and his former teammates in 2018. However, Yorkshire only acknowledged that a formal inquiry into the matter has been launched in September 2020, after Rafiq went to the press. Earlier this year, Yorkshire released its report and admitted that Rafiq was subjected to racism on several occasions. But on October 28, Yorkshire issued a statement where it refused to accept the report of its internal panel and said, "There is no conduct or action taken by any of its employees, players or Executives that warrants disciplinary action."

The statement caused massive uproar, forcing the ECB to step in and suspend the club from hosting international matches until it can "meet the standards expected of an international venue, ECB member and First Class County."

"It is clear to the Board that YCCC’s handling of the issues raised by Azeem Rafiq is wholly unacceptable and is causing serious damage to the reputation of the game. The ECB find this matter abhorrent and against the spirit of cricket and its values. There is no place for racism or any form of discrimination in cricket and where it is found, swift action must be taken. This matter must be dealt with robustly if the sport is to demonstrate its commitment to truly being a game for everyone," the ECB said in a statement.

The report also resulted in a series of resignations as Roger Hutton, chairman of Yorkshire County Cricket Club, including other board members, stepped down from their respective positions on Friday. Hutton cited the unwillingness of board members to apologise for the racism allegations made against the club as the reason for his resignation. He also accused the club of nurturing a culture that refuses to accept change.

"There has been a constant unwillingness from the executive members of the board and senior management at the club to apologize, and to accept that there was racism, and to look forward. For much of my time at the club, I experienced a culture that refuses to accept change or challenge," Hutton said in his statement.

Here's all you need to know about Azeem Rafiq

Azeem Rafiq had moved to the United Kingdom in 2001 and started playing for Yorkshire school sides until he was made the captain of England U-15 in 2006. Rafiq soon graduated to play for Yorkshire's junior team and even won their performer of the year award in 2008.

Rafiq made his senior team debut for Yorkshire the same year and went on to play for the county until 2014 before he was formally released by mutual agreement. Rafiq then returned to Yorkshire for a second stint in 2016 but was released two years later, with the club citing a lack of budget.