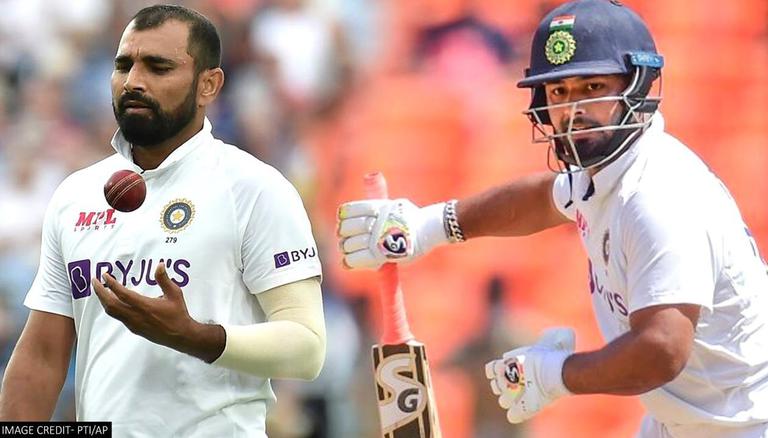 
Indian pacer Mohammad Shami responded to Rishabh Pant’s birthday wish with a hilarious tweet. Shami, who celebrated his 31st birthday on September 3, is currently at the bench for Team India in the ongoing fourth Test match between England and India at the Oval. He was not included in the playing XI for the Oval Test to manage his workload. As birthday wishes poured in from all across the Cricket world, his cheeky reply to Pant’s wish quickly caught everyone’s eye on Twitter.

Mohammad Shami's funny banter with Rishabh Pant on his birthday

Rishabh Pant on Shami’s birthday while wishing the fast-bowler in his tweet, Pant pointed out that his age is passing as fast as the balls he bowls. He concluded the tweet by wishing him a Happy Birthday. This tweet by the wicket-keeper pulling the fast bowler’s leg, reminding him that he is getting old quickly went viral and has amassed 11.6k likes and 444 retweets, at the time of writing this article.

Replying to Pant’s tweet, Mohammad Shami said that Pant’s time will also come and there is no cure for fast deliveries and growing age, however, there's still a cure for obesity. Shami trolled back at Pant in hilarious fashion and the Twitter users went berserk upon finding his cheeky reply.

A look at how Twitter users reacted to Shami’s reply

One of the replies to Shami’s tweet praised Pant for his sarcasm but also said the 23-years-old cricketer shouldn’t take anything for granted. He pointed out that Indian wicket-keeper Ishan Kishan is showing his class and may rise to the Test team if Pant doesn’t make his presence felt. Meanwhile, another Twitter user questioned Shami’s mention of obesity in his tweet by asking if that is the reason behind Pant’s struggles with his leg movement.

Nice tweet but ur job is to bat...Dont take anything for granted as u know Ishan Kishan showing his class...Show ur presence until its too late for u becoz Ishan will not give u a chance again based on his current form💙.

Sigma rules by shami ji: Do not take bullshit from juniors, roast em if they act smart

So far, in the ongoing test series between India and England, Mohammad Shami has picked up a total of 11 wickets in three matches. The fast bowler has caught the batsmen off-guard with his accuracy and pace. Shami is not playing in the fourth-Test match at The Oval that is on its fourth day now. However, a section of fans at the stadium was chanting Shami's name on his birthday. Mandatory celebrations took place within the Indian squad after the second day's play.