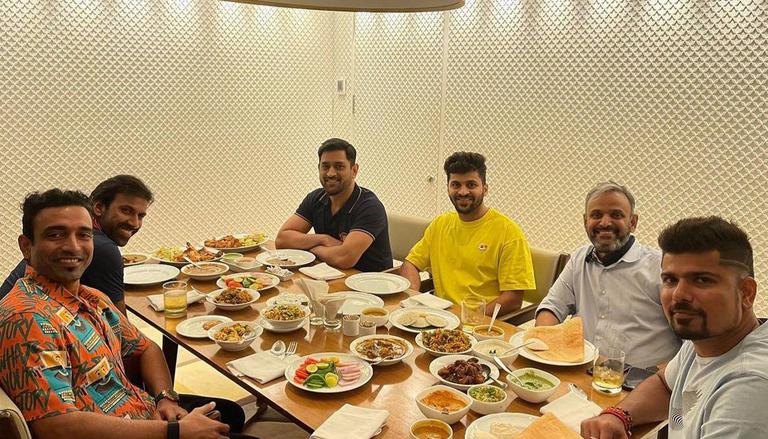 Robin Uthappa and others recently caught up in Chennai to celebrate their IPL 2021 win. Though the IPL concluded way back in October, given MS Dhoni's commitment to the Indian cricket team as a mentor, the Super Kings decided to postpone celebrations until their skipper returned from his assignment.

Who could CSK retain ahead of the IPL 2022 mega Auctions? What role could Dhoni play?

As things stand, the eight existing IPL franchises have been given a deadline of 30th November to announce their retentions. The franchise can retain a total of four players but cannot retain more than three Indians and not more than two foreigners. It is also to note that while three Indians can be retained, there can't be more than two uncapped players.

As for Chennai Super Kings, the club CEO has made it clear that MS Dhoni will be among the retentions but on the flip side, MS Dhoni is uncertain as he doesn’t want CSK to lose a lot of money retaining him. As things stand, Ravindra Jadeja is among the most likely to be retained, with Ruturaj Gaikwad too tipped to be selected given his form in the last two IPL seasons.

READ | KL Rahul ruled out of Ind vs NZ Tests due to injury; Suryakumar Yadav named as replacement

Among the foreigners, Faf Du Plessis stands with a chance to be retained, given the time he has spent in this franchise and his obvious leadership qualities.

As for the 2 new IPL teams, they will be allowed to pick up to three players, with a maximum of two Indians (maximum of one uncapped) and a maximum of one foreigner from the list of players that do not get retained by the existing 8 teams. This time around, the BCCI has done away with the Right to Match (RTM) card option. The BCCI has also outlined how much funds will be deducted from the salary cap as per their choices of retentions.