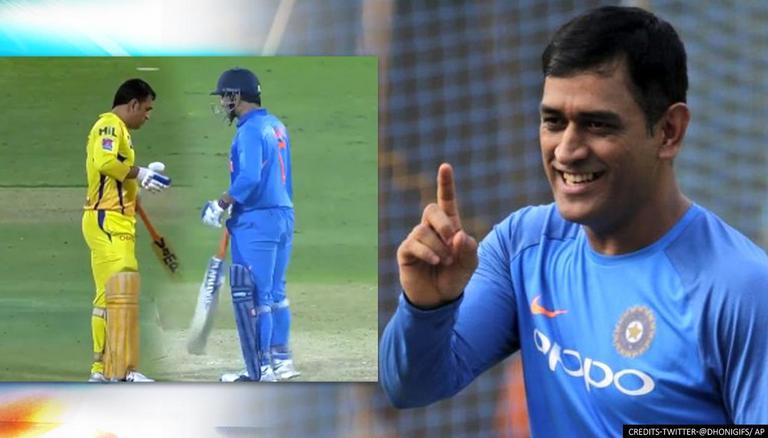 
Team India's 2011 world cup-winning captain MS Dhoni undoubtedly enjoys a huge fan base all over the world. Fans often remember MS Dhoni's presence in Team India as the 40-year-old cricketer announced his retirement on August 15, 2020. MS Dhoni now only plays the Indian Premier League (IPL) and is the skipper of the Chennai Super Kings (CSK). Recently, a fan on social media created a GIF on MS Dhoni which has sent 'MSDians' into a frenzy.

this is the goatest edit i have ever seen of Dhoni..

Currently, MS Dhoni is in the UAE for the upcoming IPL 2021 Phase 2. CSK players including senior stars MS Dhoni, Suresh Raina, and Robin Uthappa arrived in the UAE on August 13 to start early preparations ahead of the second leg of IPL 2021.

Apart from Dhoni, Raina, and Uthappa, other Indian players who are not on national or state duty had also joined the camp in the UAE. Deepak Chahar, Karn Sharma, and Ruturaj Gaikwad were among the players who arrived in the UAE a month before the start of the second leg of the IPL 2021 to gain match experience. As of now, MS Dhoni-led CSK is on the second spot of the IPL 2021 points table with 5 wins and 2 losses out of 7 matches.

The remaining matches of the IPL 2021 were moved to the UAE after multiple players returned COVID-19 positive during the first leg of the tournament in India early in May. The second phase will start with a blockbuster clash between Mumbai Indians and Chennai Super Kings. The playoffs will begin on October 10 with Qualifier 1 taking place in Dubai, the Eliminator and Qualifier 2 in Sharjah on October 11 and 13, respectively. A total of 31 matches will be held during the window and the final will be played on October 15.