MS Dhoni Might Wonder About His Retention In IPL 2022 By CSK, Reckons Aakash Chopra 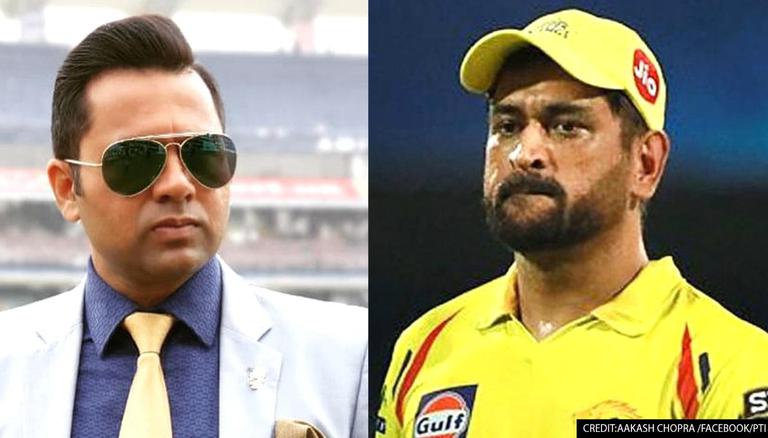 
Aakash Chopra reckons that Chennai Super Kings' current skipper Mahendra Singh Dhoni might wonder why he has even been retained by the franchise with a hefty price on him and given the fact that he is at the fag end of his illustrious cricketing career.

While the MS Dhoni-led CSK had failed to make the playoffs for the first time last year since the inaugural edition of the tournament, they had an excellent season in IPL 2021 as they continue to occupy the second spot with five wins from seven matches, two losses, and 10 points in their tally.

'MS Dhoni might himself say why they are retaining him': Aakash Chopra

While interacting in a video posted on his official YouTube channel, Chopra went on to say that the three-time IPL winners will have the veteran stumper at the first number of course and they will do that as well.

"But if you ask Dhoni, he might himself say why they are retaining him because he may not be there for three years and why they want to block so much money on him. But then, that's how it is going to be," he added.

Coming back to IPL 2021, the postponed Indian Premier League (IPL) is reportedly scheduled to resume in the third week of September in the United Arab Emirates (UAE) and will be played out during a three-week window, as per PTI.

The 14th edition of the marquee T20 tourney was suspended earlier owing to the outbreak of the second wave of the pandemic, with players and support staff testing positive for COVID despite bio-bubble measures being in place. As per PTI, the IPL 2021 resumption date is said to be September 18 or 19 and will feature ten double-header contests as teams play out the remainder of the 31 games. The final is scheduled to be held on October 9 or 10.

READ | Is MS Dhoni a vegetarian? Fans curious about CSK captain's diet over the years

"The BCCI has spoken to all the stakeholders and the likely IPL re-start could be between September 18th to 20th. Since September 18 is a Saturday and 19 a Sunday, it is more likely that you would want to re-start it on a weekend date," a BCCI official told PTI on conditions of anonymity.

READ | How much of MS Dhoni movie is true? Here are some unknown facts about the epic biopic

"Similarly, October 9th or 10th will be the final as it's a weekend. We are finalising the itinerary and there will be 10 double headers and seven evening matches along with four main games (two qualifiers, one eliminator, and the final), which completes the list of 31 matches," the official added.

WE RECOMMEND
MS Dhoni may tell CSK not to retain him; Jadeja could captain Ahmedabad: Chopra on IPL'22
Is MS Dhoni a vegetarian? Fans curious about CSK captain's diet over the years
How much of MS Dhoni movie is true? Here are some unknown facts about the epic biopic
MS Dhoni 'Legend', Sachin Tendulkar 'God', and Virat?; Suryakumar Yadav has 'one word'
'MS Dhoni &...': Washington Sundar picks surprise idol & bigger surprise as 'super-power'