Only one name dominated the comments section of ICC's post asking the fans to name the best wicket-keeper in international cricket at present and it was none other than former Indian skipper MS Dhoni. It did not take too long for the fans of MS Dhoni to populate his name in the replies to ICC's post and soon there was just 'MS Dhoni' and 'MSD' mentions as replies to the post. While Pakistan's Sarfaraz Ahmed found himself in a few mentions - sarcastic ones with pictures of him yawing, ICC's post was flooded with just MS Dhoni's name while other keepers such as Saha, Gilchrist, Dravid and so on finding very few mentions. MS Dhoni is known for his lightning-fast speed and brilliance behind the stumps which on many occasions has got India across the line. There are countless moments of MS Dhoni's magic behind the stumps - whether it is a catch, a stumping or even a no-see run-out. While it looked like ICC's post was trying to figure out if fans favoured Saha, it got a befitting reply with just one name doing the rounds.

Who is the best keeper in international cricket at the moment? pic.twitter.com/dejcsKuLur 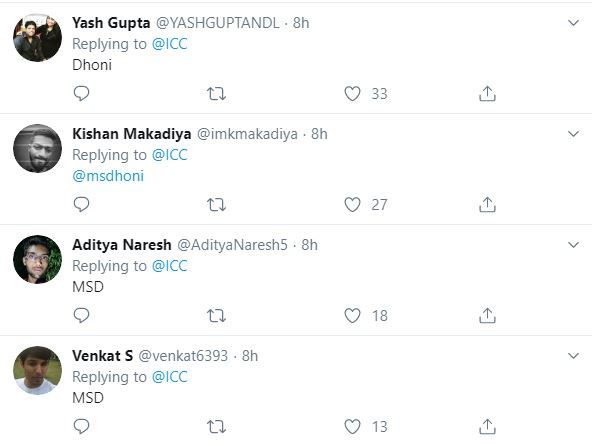 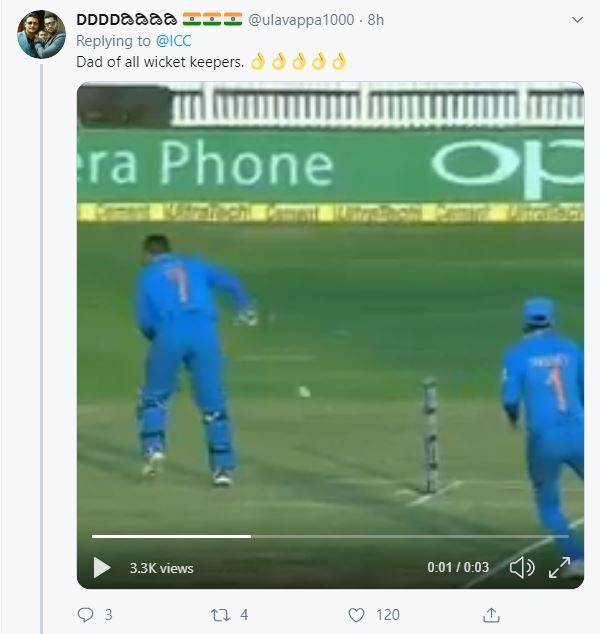 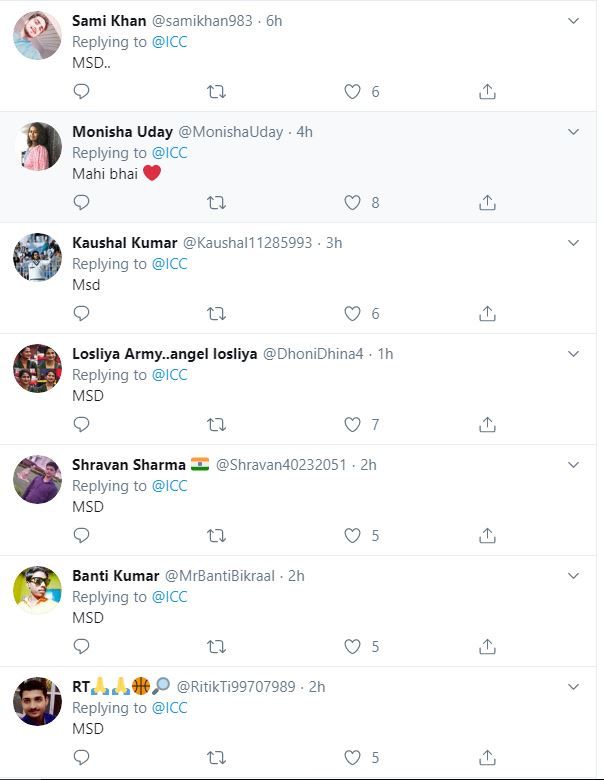 The charity match also featured some Bollywood celebrities who were seen wearing practice jerseys with “Playing for Humanity" written on them. Bollywood actors Arjun Kapoor, Samir Kochhar and choreographer Caesar Gonsalves were the celebrities seen alongside Dhoni and Paes. Dhoni's love for football is clearly observed as he is seen promoting the sport in the country and also co-owns Chennaiyin FC of the Indian Super League along with Bollywood star Abhishek Bachchan and Vita Dani. Chennaiyin FC have won the ISL title twice in 2015 and 2017 respectively.

Dhoni on break from cricket

The ace cricketer is reportedly on a break from cricketing action ever following India's defeat at the World Cup, earlier in July. While speculations around 'Captain Cool's' retirement have been doing rounds on media, the World Cup-winning captain has not revealed his plans for the future, while extending his break from the sport. Recently, MS Dhoni was seen playing billiards along with Baharagora MLA Kunal Sarangi at the Jharkhand State Cricket Association (JSCA). MS Dhoni, who had earlier recused himself from India's tour of West Indies also opted out of South Africa's tour and is now expected to return to action in the limited-overs contest against West Indies in December.