Mushfiqur Rahim has established himself as a vital member of the Bangladesh cricket team since his debut with consistent performances across formats. 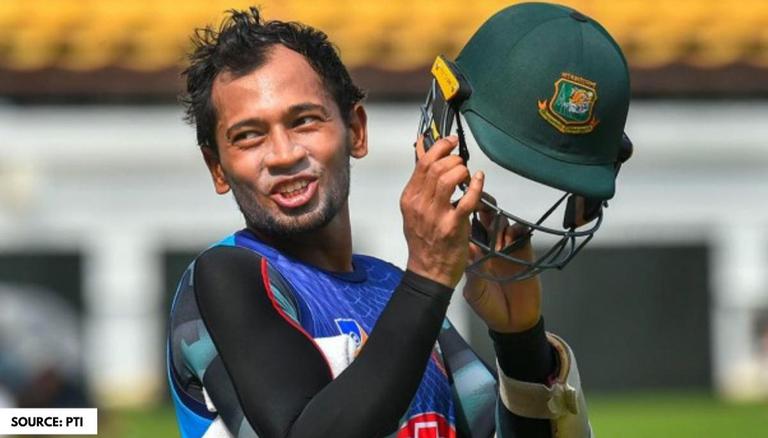 Bangladesh's wicketkeeper-batsman Mushfiqur Rahim made his debut for the national side in 2006 when he was just 16 years old. The talented cricketer since then has contributed significantly towards the success of Bangladesh cricket and is the country's second-highest run-scorer in Test matches with 4685 runs to his name. He is an integral part of the Bangladesh team across formats and has also served as the captain of his country in the past. Here we dive deeper into the player's personal details.

According to several unconfirmed reports, the Mushfiqur Rahim net worth amounts up to $5 million (i.e 36 core) approximately as of 2021. His net worth constitutes the incomes he receives from the Bangladesh Cricket Board (BCB) for being an active cricket player. He also receives a salary for his franchise and domestic cricketing commitments around Bangladesh and abroad. The cricketer holds an A+ contract and as per the Bangladesh Cricket Board's remuneration policy, draws 602,000 BDT months (i.e. 5.17 lakh). Moreover, he additionally is paid BDT 3 lakh (approximately 2.57 lakh) per Test match, BDT 2 lakh per ODI (approximately 1.71 lakh) and BDT 1.25 lakh (approximately 1.07 lakh) per T20I. The Mushfiqur Rahim house is situated in his hometown Bogra, where he resides with his family.

The Mushfiqur Rahim Stats in international cricket makes up for a staggering read. The seasoned campaigner has featured in 74 Test matches, where he has scored 4685 runs at an impressive average of 37.2 with 7 centuries and 23 half-centuries. When it comes to white ball-cricket, the player has amassed 8144 runs in 225 ODIs, whereas he has 1068 runs to his name from 86 T20Is. Rahim has slammed 7 fifties and 40 fifties. He also has 5 half-centuries in T20 cricket for Bangladesh.

The two cricketing nations are slated to battle it out in three ODI matches in Bangladesh. The hosts claimed a 33-run victory in the series-opener at Dhaka. Rahim was the star with the bat for his side as he contributed with 84 runs in the middle-order. The Bangladesh vs Sri Lanka 2nd ODI fixture is currently being played at the Shere Bangla National Stadium, Mirpur. Rahim once again stole the show with the bat as he slammed a fabulous century to take his side to a total of 246. The right-hander scored 125 runs from 127 balls in the encounter.

Disclaimer: The aforementioned Mushfiqur Rahim house and Mushfiqur Rahim net wort information is sourced from various websites/media reports. The website does not guarantee a 100% accuracy of the figures.