Scott Styris responded in a hilarious and savage fashion asking the Rajasthan Royals to make their goals for 2022 a little more 'realistic'. 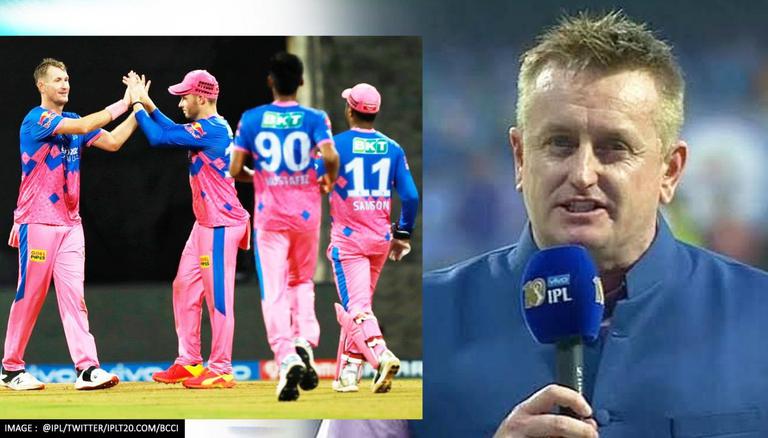 
In the previous edition of the Indian Premier League (IPL), the Rajasthan Royals team registered a poor performance, to say the least. They finished seventh, one place away from last, after a very poor finish in which they lost four of their last five matches. However, this time around, it seems they have higher hopes for the next season of the IPL as they aim to win the trophy. The Rajasthan Royals Twitter handle posted a list of their IPL 2022 goals in which right atop it is the IPL trophy followed by moving up in veteran New Zealand cricketer Scott Styris' prediction rankings. Scott Styris responded in a hilarious and savage fashion asking the Rajasthan Royals to make their goals for 2022 a little more 'realistic'.

At least make them realistic 😉 https://t.co/plD5ORAqi2

Earlier in November 2021, all the IPL teams confirmed who they would be retaining for the upcoming edition. The Royals' chose to retain skipper Sanju Samson, England star batter Jos Buttler and Yashasvi Jaiswal. It came as a little surprising when they decided to release two of their star English players, all rounder Ben Stokes and pacer Jofra Archer, as well as South African all rounder Chris Morris. RR retained Samson for Rs.14 crore, Buttler for Rs.10 crore and Jaiswal for Rs.4 crore because he is an uncapped player. This means that they have a purse of Rs. 62 crore left with them for the IPL 2022 mega auction.

Speaking about the retention of wicketkeeping batter Sanju Samson, Rajasthan Royals' director of cricket, Kumar Sangakkara said it was a 'no-brainer.' "We worked really hard in terms of working with our newly-formed data analytic team, with the help of all our partners in India and in the US we finally decided, of course, Sanju Samson, it was a no-brainer in terms of being our captain, number one," Sangakkara said in a video posted by RR on Twitter. "He is going to be the long-term leader of this unit of Rajasthan Royals. He is an exceptional player and he has shown time and time again what a wonderful asset he has been for RR."

WE RECOMMEND
IPL 2022 Mega Auction: Tentative dates revealed, but will the event go ahead as planned?
Is KL Rahul the Lucknow IPL team captain? Here's everything we know so far
IPL 2022: Rajasthan Royals welcome Andy Flower's appointment at Lucknow with amusing post
R Ashwin recalls tough decision to leave IPL 2021 midway; 'Why am I even a son?'
Ambati Rayudu names 'the best captain India has ever had': 'Has an impact on everyone'
Listen to the latest songs, only on JioSaavn.com