The report suggests that Ollie Robinson might be dropped from the England squad for the second Test match against the Kiwis, starting June 10. 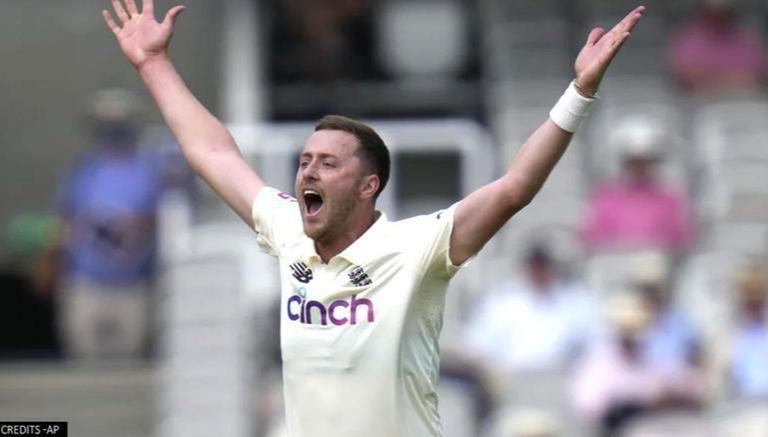 
England fast-bowler Ollie Robinson could face hefty punishment over his old racist and sexist Tweets. According to Daily Mail, the England Cricket Board (ECB) could impose a fine or a ban or the combination of the two on Robinson after the completion of the first Test match against New Zealand. Earlier, ECB chief executive Tom Harrison had expressed disappointment over Robinson's tweets, saying "We have a zero-tolerance stance to any form of discrimination and there are rules in place that handle the conduct of this nature". The report suggests that Robinson might be dropped from the England squad for the second Test match against the Kiwis, starting June 10.

According to the report, the ECB is making plans to add an extra pacer to the squad so Robinson could be replaced in the second Test match. Lancashire’s Saqib Mahmood and Durham bowler Brydon Carse are the players who could replace Robinson in the playing XI. Meanwhile, Robinson has had a dream debut for England, taking a four-wicket haul in the first innings and scoring crucial 42 runs for the team, second only to centurion Rory Burns. Before the end of play on Day 4, Robinson took key wickets of New Zealand skipper Kane Williamson and debutant Devon Conway, who scored a double-century in the first innings.

Robinson's racist and sexist tweets, which date back to 2012, came to light during his Test debut on Wednesday. After his old posts became viral, Robinson issued an apology. "On the biggest day of my career so far, I am embarrassed by the racist and sexist tweets that I posted over eight years ago, which have today become public. I want to make it clear that I'm not racist and I'm not sexist. I deeply regret my actions, and I am ashamed of making such remarks", Robinson was quoted as saying by the ECB.

It so happened that England and New Zealand players had shared a ‘Moment of Unity’ before the start of the Lord's Test in order to condemn racism in society. Hours later, Robinson's old tweets came to light, embarrassing the ECB and everyone else involved in the show of anti-racism gesture.