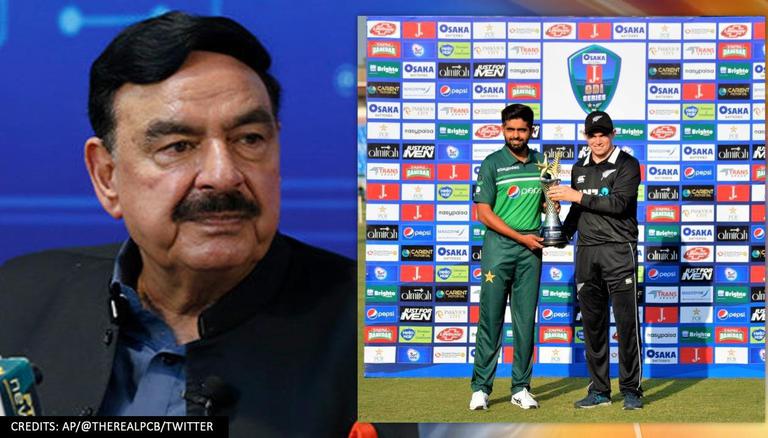 
Pakistan Interior Minister Sheikh Rashid Ahmed on Friday claimed that there was a conspiracy by some hidden hands after New Zealand abandoned their ongoing tour to Pakistan before the start of the first ODI slated to take place in Rawalpindi. The visitors abandoned the Pakistan vs New Zealand series citing security threats, which the PCB asserted did not exist.

Rashid further said, "There wasn’t any security threat. All of our security agencies made sure to provide foolproof security to the touring team. This tour has been called off, involving a conspiracy hatched by some hidden hands. Pakistan is safe and we gave tight security to the New Zealand team."

"This conspiracy has been hatched to tarnish the image of Pakistan, as its image was going to build up due to the role it is playing for peace in the region," added Sheikh Rashid.

On this, Sheikh Rashid said,

"We were fully prepared for New Zealand. And, we are also prepared to host England. I have heard about their concerns too, see it is their decision, whether they come here or not. But, if they come, we are prepared to welcome them."

The trouble began when the first ODI of the white ball series could not begin on time at the Rawalpindi Stadium on Friday with both teams remaining in their hotel rooms. New Zealand Cricket Chief Executive David White then issued a statement stating that it was simply not possible to continue with the tour given the advice he was receiving.

NZC said that it will not comment on the details of the security threat nor the updated arrangements for the departing squad. The Pakistan Cricket Board, on its part, said that New Zealand had unilaterally decided to postpone the series. \

"Pakistan Cricket Board and Pakistan Government made foolproof security arrangements for all visiting teams. We have assured New Zealand Cricket of the same. The Pakistan Prime Minister spoke personally to the Prime Minister of New Zealand and informed her that we have one of the best intelligence systems in the world and that no security threat of any kind exists for the visiting team," the PCB said in a statement.

The PCB also stated that the security officials of the New Zealand team were satisfied with security arrangements made by the hosts throughout their stay there.