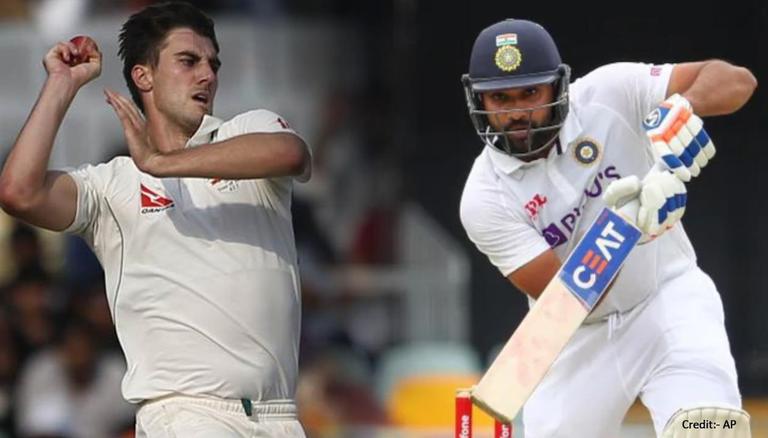 The 'Hitman' Rohit Sharma is arguably the best white-ball batsman in modern-day cricket as he has a record three double-centuries in the 50-overs format and four tons in T20I cricket. Sharma's score of 264 against Sri Lanka in 2014 at the iconic Eden Gardens remains the highest individual ODI score to date.

"He is a gun. He has got lots of runs against Australia. He is always a prized wicket", said Pat Cummins while replying to a fan's question on his official YouTube channel.

During the live session, Pat Cummins revealed that he is still serving his quarantine period in Sydney.  Cummins flew back to his nation after serving a quarantine period in the Maldives due to the suspension of IPL 2021. The Australian contingent could not travel back to their country immediately after the suspension of IPL 2021 as the government of Australia had imposed a temporary travel ban on India.

During the same interactive session, Cummins was asked by a fan about his game plan if Team India's former skipper MS Dhoni is on strike with 6 runs required off the last ball. The 28-year-old pacer in a hilarious way said that he will prefer not to be in that situation as he has watched too many videos of MS Dhoni hitting sixes.

However, the 2015 World Cup winner indeed shared his game plan and said, "I have seen a million videos of MS Dhoni hitting sixes off people who just miss their yorker so I probably avoid bowling a yorker, so don't know you can take a pick- the answer is slower ball maybe a wide yorker. I prefer not to be in that position."

MS Dhoni is recognized as one of the best finishers in limited-overs cricket along with Australia’s Michael Bevan. Dhoni has won numerous matches for India and also for the Chennai Super Kings (CSK) in the Indian Premier League (IPL) in the last over.

READ | Kane Williamson better than Rohit Sharma but a little below Virat Kohli: Monty Panesar
First Published: 27th May, 2021 13:17 IST
SUBSCRIBE TO US