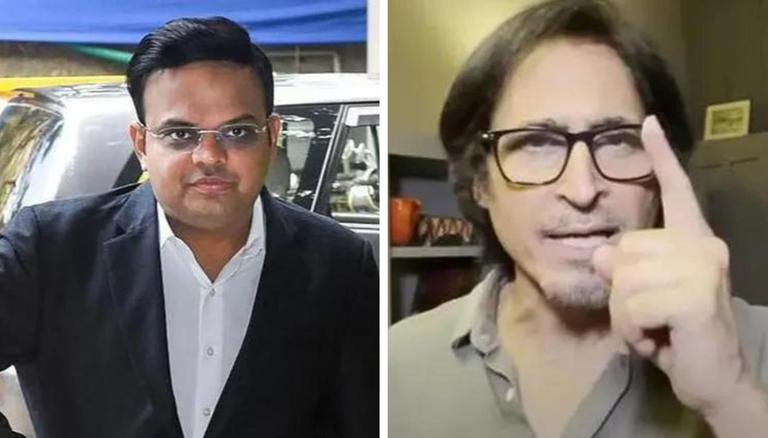 
Pakistan Cricket Board chairman Najam Sethi intends to have a chat with Jay Shah regarding his country's Asia Cup hosting rights if the BCCI secretary decides to attend the opening ceremony of the International League T20 on Thursday.

"Najam will be using this opportunity to work on relations with the ACC members and ensure that the Asia Cup is held as scheduled in Pakistan in September this year. Basically, Najam is also going as he has been conveyed that there is strong possibility of BCCI boss Jay Shah also being in attendance," a PCB source told PTI on conditions of anonymity.

However there is no confirmation on part of BCCI whether its top boss or any of the other office-bearers will attend the opening ceremony.

Also the other big question remains, even if Shah attends the event in his capacity as ACC president and BCCI secretary, would he like to entertain the PCB chairman for an informal chat on the sidelines? Shah, in his capacity as ACC chairman, had stated last year that Asia Cup will be shifted out of Pakistan and the erstwhile PCB chief Ramiz Raja had then issued a counter-threat that his country will pull out of World Cup in India.

Recently, Sethi made a sarcastic dig at Shah after the ACC chairman had released the two-year itinerary, which PCB chief alleged was not discussed with his board.

The ACC had strongly come out in its president's defence as they released a press statement that clarified that PCB didn't get back with its preferred recommendation after The Emirates Cricket Board has invited the head of all big cricket boards and Sethi will be in attendance during the opening day where he wants to speak to his other ACC colleagues in order to garner support for Pakistan retaining its hosting rights for the ODI Asia Cup in September.

"Sethi believes that there is a need for the PCB to have better relations with the ACC members whose support is necessary if the Asia Cup is to be held in Pakistan.

"Having been a former ACC chairman, Najam will be giving out assurances to all members that Pakistan is completely safe and secure to host the regional event and all teams including India must send their teams," he said.

The PCB source said there was a feeling in the board that former chairman Ramiz had gone overboard with his threats to the ACC and BCCI and the PCB needed to first ensure it is able to host the Asia Cup and the 2025 Champions Trophy.

"If Shah does come to Dubai, it will also allow Sethi to meet him in person or other BCCI officials on the sidelines and discuss the issue of India sending its team to Pakistan for the Asia Cup." The source said Sethi would also drop in at the ICC headquarters and meet top officials to discuss the hosting of 2025 Champions Trophy in Pakistan as well as the World Cup being held in India this year.

Sethi's decision to accept the ECB invitation is significant as the PCB had a bitter fall out with the former during Ramiz's tenure after the former chairman had publicly discouraged Pakistani players from participating in the league.