India's all-format all-rounder Ravindra Jadeja seems to have taken a cue from India's head coach Ravi Shastri by emulating him off their field as well. 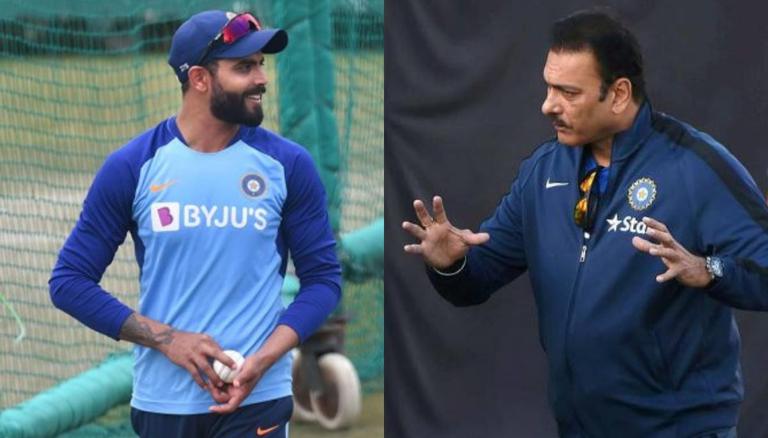 India's dynamic all-rounder Ravindra Jadeja has effectively established himself as a vital component of the national side across all forms. The left-hander, with his ability to change the momentum of the game with his stunning all-round skills, has emerged to be one of the impactful players for team India in recent times. While the Saurashtra cricketer has often enthralled cricket fans with his brilliant on-field exploits, he has also made several heads turn with his enviable car collection. It is worth mentioning that The 32-year-old has followed the footsteps of Team India's head coach Ravi Shastri by filling his garage with multiple Audi vehicles.

The cricketer has often received appreciation from all corners for his stylish demeanour. From trying out new looks to donning fashionable outfits for his Instagram posts, the southpaw has often remained in the limelight for his dapper looks. Moreover, the champion all-rounder also is known to travel in style and Audi remains his go-to brand when it comes to automobiles. According to a report by Auto Portal, Jadeja owns two SUVs from Audi.

While the player had acquired a swanky new Audi Q3 after making it big in international cricket, his in-laws offered him a top-of-the-line Audi Q7 as a wedding present in 2017. The top variants of the Audi Q3 and Q7 are now priced at INR 43.61 lakh and INR 90.78 lakh, respectively, ex-showroom. However, the German automobile manufacturer has discontinued its line of Q3 SUVs in India. Interestingly apart from Ravindra Jadeja, India's cricketer-turned-coach Ravi Shastri also is fond of Audi cars.

As passionate as he is about cricket on the field, Ravi Shastri is also a fervent car lover off the field. The former India all-rounder owns cars from Audi, Mercedes Benz, Ford and BMW. Ravi Shastri had added another lavish car to his astounding automobile collection last year. The Indian head coach had taken to Twitter to upload a video where he revealed details about his latest Audi RS5. In the video, Ravi Shastri said that 35 years ago, he owned one of the first Audi cars in the Indian subcontinent. He added that after all these years, he had never ever imagined that he would still be sitting in an Audi car with his name's initials (RS5) on it. Here is the Ravi Shastri Audi tweet -

READ | 'IPL participation will be discussed once we regroup': CA boss Nick Hockley

According to caknowledge.com, Ravindra Jadeja's net worth in 2021 stands at INR 50 crore. Of this, Jaddu has earned roughly INR 77 crore from the IPL alone. As a multi-format allrounder, he also has a Grade A contract with the BCCI. This gives him a salary of INR 5 crore yer pear excluding any bonuses. Jadeja is rumoured to charge around INR 1 crore for endorsements and has been associated with brands like Gujarat Tourism, Incredible India, and Life OK.

Ravindra Jadeja will next be seen in action in the inaugural World Test Championship Final. Virat Kohli and co. face a stiff challenge as they take on the in-form New Zealand team in the ultimate clash of the competition. The India vs New Zealand contest will be played at Southampton from June 18 to 22. India have announced a formidable 25-member squad for WTC Final and the subsequent England Test series. Here is the India squad for WTC Final -

Disclaimer: The above Ravindra Jadeja net worth information is sourced from various websites and media reports. The website does not guarantee a 100% accuracy of the same.